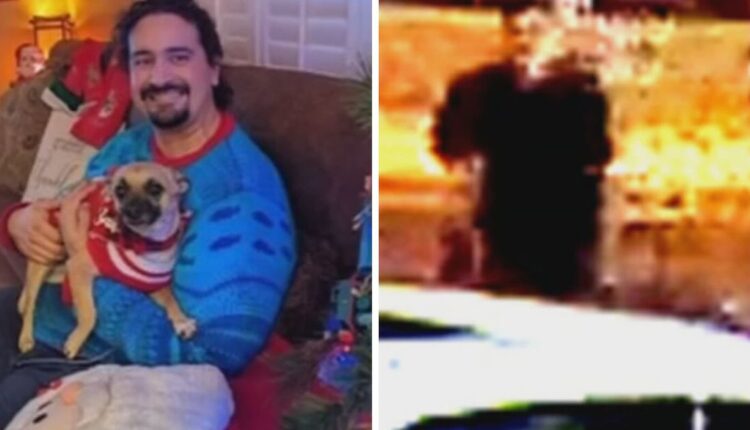 PHOENIX (3TV/CBS 5) – A Phoenix family is making a new plea for answers after their loved one was shot and killed while walking his dog. The victim, in this case, is a beloved high school track coach. He was gunned down weeks ago while walking his dog near 12th Street and Maryland Avenue, and still no arrests.

David Denogean would have turned 31 yesterday. His father said while the surveillance image is grainy and low quality, he hopes it will lead to tips and the arrest of his son’s killer. “For the first time you’re seeing someone who might have ended your son’s life so its very disturbing, obviously we hope to get a better picture out there,” said Frank Denogean, David’s father.

While Frank said it was hard to look at the picture, he hopes it will keep the case from going cold and encourage people to come forward. “We hope that there is a better picture out there,” said Denogean. “Someone knows something out there and we know it, we feel it, and we’re hoping to bring that person to justice.”

David is remembered as a larger-than-life figure. A beloved track coach at Camelback High School and a security guard at Rebel Lounge. His father doesn’t think it’s a matter of ‘if’ but ‘when’ his son’s killer will be caught. “I’m very optimistic,” said Denogean. “And we know it, we feel it, and we’re hoping to bring that person to justice.”

If you know anything about David’s murder, you’re asked to contact 480-WITNESS.