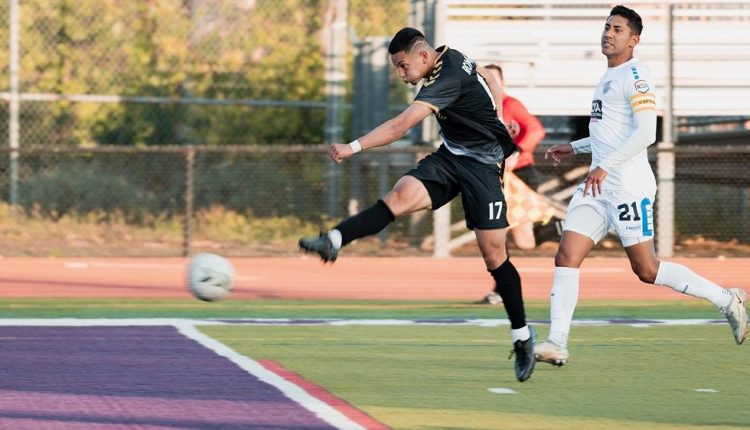 FC Tucson has had some good news over the last few days. A win over Charlotte Independence (their first win at home this season) on Saturday has kept a tiny ember of playoff hope alive.

Despite the victory, there is still a need to bolster the offense. On Tuesday, the team announced that they will be signing Josiah Romero. The forward made 11 appearances this season with Bay Cities FC, a team that plays in the National Independent Soccer Association and is based in Redwood City, California. He scored five goals so far.

Sunday’s 7 pm match will be against Union Omaha, who are currently in first in the league.

The University of Arizona’s women’s soccer team will be facing off against Pepperdine Waves on Sunday in what is sure to be, given our already established weather pattern this week, a pleasant and mild afternoon match.

This is a chance for the team to continue not only their adaptation of coach Becca Moros’s “positional possession” system, but to extend this season’s unbeaten streak to six games.

Wait, you say, haven’t they already played seven games? Didn’t they get beaten by San Diego State back on August 11?

Well, yes and no. The two matches in August against Northern Arizona (a 1-0 win) and San Diego State (a 1-2 loss) were “exhibition” games that don’t count for anything. It’s sort of like seeing the Columbus Crew beat NYCFC at Kino in preseason. Nice, but doesn’t mean much.

But wait, you interrupt, the matches they are having now don’t count either, right?

True to some extent since they aren’t PAC-12 matches. Still, the matches are counted for RPI, the ratings that are ultimately used to determine postseason appearances, and the stats are tallied for the players by the NCAA.

Unfortunately, it means that some things like Sami Baytosh’s goal against NAU don’t get recorded as, ahem, “official,” even though we know it happened.

Sunday’s match is scheduled for 1 pm

After three away matches, all wins including one against perennial foe Yavapai College, the Pima College men’s has a home match scheduled against the University of Arizona’s soccer club.

The match kicks off on Thursday at 7 pm at the Aztec Soccer Field on the West Campus.

There’s no need to fear

The US Open Cup final is on Wednesday night and it will feature something that has only happened four times since Major League Soccer teams started entering the tournament in 1996: a lower division side.

The tournament, the full name of which is the Lamar Hunt US Open Cup, features teams from all levels of men’s soccer. It is single elimination, and in a low-scoring sport like soccer, a lucky bounce, unfortunate red card or the slippery hands of a goalkeeper can mean a less-heralded team can gut it through and beat an upper division opponent.

That’s what happened with Sacramento Republic FC, a team that plays in the second division USL Championship. After beating two lower division teams, Republic beat their league rivals Phoenix Rising on May 11 2-0. They went on to beat San Jose Earthquakes then a 2-1 win against LA Galaxy. The Galaxy has not only won the Open Cup twice, but has had five MLS Cups.

The first goal against LA was scored by Rodrigo Lopez, who is the top scorer in the tournament so far.

The team to give Sacramento the most trouble was Sporting Kansas City, who have been struggling in MLS matches so far. The game ended in a draw, but the Republic came through in penalty kicks to earn a spot in the final.

Their opponent will be Orlando City, who scored five goals against New York Red Bulls to punch their ticket to the final.

The match will kick off at 5 pm and can be seen locally on ESPN+.