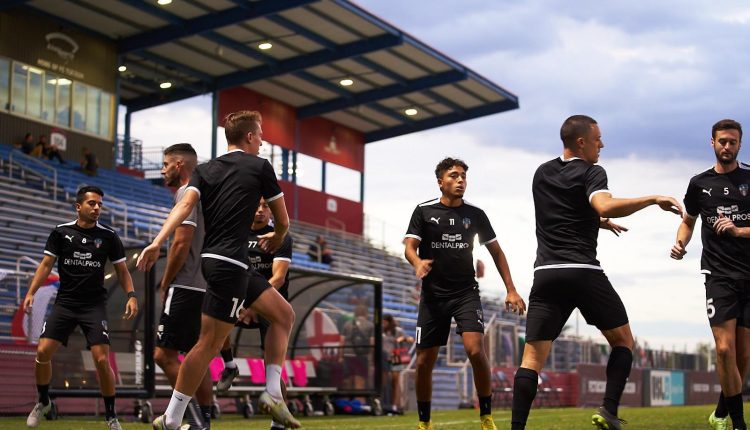 A local ownership group, led by current head coach Jon Pearlman, is buying FC Tucson, the team said. The soccer side will drop back a level, returning to their roots as an amateur squad, but has the option to move back up to be a League One pro team again.

Except for a one-year stint as an assistant coach for USL Championship side OKC Energy, Pearlman has been affiliated in one way or another with FC Tucson since 2011.

“I have been involved in soccer in this community for nearly three decades,” said Pearlman in a press release. “I am dedicated to seeing FC Tucson continue to be an integral part of Tucson’s storied sports landscape.”

“For me, selling FC Tucson is a logical step at this time as I devote my time, attention and capital to the USL Championship expansion team in Rhode Island,” said BenevolentSports Tucson CEO Brett Johnson, who is selling the team brand to the new local owners.

Johnson, who also owns English League One side Ipswich Town, has encountered resistance to a stadium deal in Pawtucket for a future USL Championship side.

Johnson purchased the team in 2021 from Phoenix Rising FC, who owned the team from 2017. Rising had purchased FC Tucson from the founding ownership group that included Pearlman.

The ownership change is accompanied by a move from USL League One down to USL League Two. FC Tucson played from 2012 to 2018 in the USL’s Premier Development League, now known as League Two. It means that the roster will be dominated by college players rather than young professionals. Several players who played in the team’s PDL era now play in Major League Soccer, including Danny Musovski, Aaron Herrera and US national team defender Aaron Long.

Although the team will be playing in League Two, a press release alluded to a future return to professional play in League One, in the words of the release, “contingent upon a long-term stadium solution in Tucson.”

The current stadium is part of the Kino Sports Complex. Relations between the BenevolentSports and management of the Pima County-owned complex have been strained in recent years over a variety of issues. On Oct. 5, team staff had to clear water from the field with brooms after Kino staff was unavailable to help and the team was denied access to tools that are used to clean up fields after rains.

The team has faced a variety of restrictions at Kino, most notably having to play several matches in an empty stadium because the county’s rules on weather delays, which go beyond league rules, prevented fans from returning even after referees deemed it was safe to play. Over the years, rules against things like tailgating have frustrated supporter groups as well.

It may be easier to run a League Two team, which lacks many of the costs and requirements of a League One team, under the Kino rules. Also, a new ownership and staff under Pearlman can reset the relationship with stadium management.

“It is important to the Tucson soccer and business community to build upon our successes, and the best way to do that is to field a League Two with the intent to return the club to the professional ranks in the near future,” Pearlman said. “We are committed to finding a viable stadium solution which is key to building a successful, sustainable professional club.

The team will continue both its youth academy and the women’s side that plays in WPSL, FC Tucson said.

FC Tucson ended their season with a draw with Forward Madison this weekend, ending up second from the bottom of the league table with an 8-8-14 record.