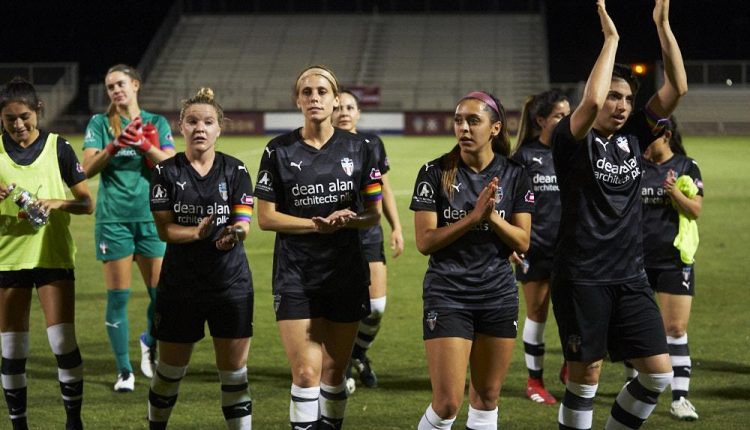 FC Tucson’s women’s side played an undefeated season in 2021. It’s a bit more than that: they haven’t lost a match since June 2019.

The Women’s Premier Soccer League did not hold a national tournament last year due to COVID concerns, so Tucson FC settled for being named Desert Conference champion.

The team is starting their season on May 28th in El Paso against the Surf. The schedule will look a lot like last year, with matches against Phoenix-based teams plus El Paso Surf and Las Vegas-based Atomic City FC.

The schedule may be similar, but there will be one big difference between last year and this one: Luz Duarte. Duarte led the team with nine goals and much of the offensive tactics of the team were built around her. Duarte is currently playing with Liga MX Feminil side UNAM Pumas, where she has scored twelve goals since joining the team in 2021.

“I don’t want to say we relied on her,” said coach Kelly Pierce. “But it’s going to be a very different style without her. We’ll have a different mix but a lot of the same leaders.”

Those returning leaders are expected to include defending twins Laura and Priscilla Pimienta, Bri Barriero and University of Arizona goalkeeper Hope Hisey.

There are still some roles to fill, and to that end the team is holding tryouts on May 15 from 9-11 am at Kino North Stadium. There is a $30 registration fee and more information can be found at https://www.fctucson.com/womens-team/trials/.

Pierce, who just won a fourth state championship coaching Salpointe Catholic High School, admits that she’s got a good understanding of local talent, but expects to find a handful of new players during the tryout. One player had quite a bit of success after she showed up for a tryout when TSA FC, FC Tucson’s predecessor, had an open tryout in 2012: Kelly Pierce herself.