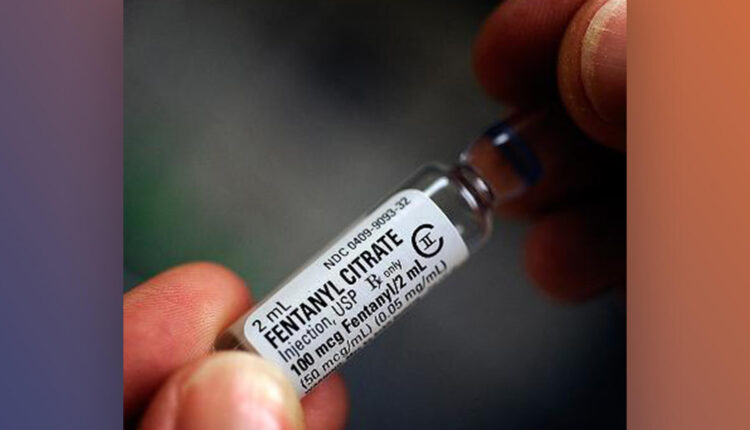 A Republican bill that would establish manufacturing fentanyl around a minor younger than 12 as a dangerous crime against children, and, according to some, would decrease the amount in a person’s possession that could land them a charge for intent to sell, passed its first hurdle to become law Thursday.

Sen. Anthony Kern, R-Glendale, crafted Senate Bill 1027 without any stakeholder input, according to the lawmaker during a Thursday morning meeting of the Senate Judiciary Committee, which he chairs.

The bill aims to adjust sentencing for the manufacturing of fentanyl as well as carfentanil, an elephant tranquilizer, to much harsher sentences and the threshold amount of fentanyl for an automatically harsher sentence to be moved down from nine grams to two milligrams, or about one pill. Threshold amounts are also used, in Arizona law, to determine a person’s intent to sell a drug, versus just possessing the drug for personal use.

Fentanyl and carfentanil are both synthetic opioids that are far stronger than other opioids. Fentanyl has been partially responsible for an increase in the number of drug overdose deaths both nationally and locally, and carfentanil is 100 times more potent than fentanyl, according to the DEA.

Fentanyl in Arizona has seen a boom in recent years. In 2021, the Scottsdale Police Department and Arizona Attorney General’s Office seized a record 1.7 million fentanyl tablets and over 10 kilograms of fentanyl powder during a single investigation.

During a two-month period in 2021, the Drug Enforcement Agency in Phoenix seized over 3 million fentanyl pills and 45 kilograms of fentanyl powder, and made 40 arrests.

The drug has also overtaken heroin for the first time as the most-trafficked drug across the U.S.-Mexico border. In Pima County, health officials have begun to distribute test strips to help residents determine if their drugs contain fentanyl.

But criminal justice advocates worried that Kern’s bill adjusting the state’s very new drug thresholds for fentanyl would only increase the state’s ballooning prison population. Marilyn Rodriguez, speaking on behalf of the ACLU of Arizona, said that the state shouldn’t “incarcerate away” the fentanyl problem which she said is another arm of the ongoing opioid crisis.

Kern argued that the intent of his bill is to “protect the children of drug manufacturers” and not to target the average user.

“If they’re on the street they’re not getting the help,” Kern said, adding that he’s known people who only got clean by going to prison.

Sen. Anna Hernandez, D-Phoenix, argued that inmates can get drugs in prison, citing a recent case when a Maricopa County Sheriff’s Office correctional officer was caught planning to smuggle fentanyl into the jail.

“It is not a utopia system, we’ve got to work with what we got,” Kern said.

Kern and staff could not answer questions from Hernandez, who asked if a person caught with one or two pills could be charged with manufacturing or intent to sell with the new lower threshold. But an attorney with Arizona Attorneys for Criminal Justice said he believes that the new threshold will likely do just that.

Timothy Sparling with AACJ said he has represented clients with addictions to fentanyl who have had at times up to 12 pills on them at a time for personal use and it was not uncommon for them to have up to 100 pills, well above the 2 milligram threshold in Kern’s new bill.

Kern said his bill does not apply to personal possession.

“I do not believe this bill is quite the correct answer,” Hernandez, the sole “no” vote on the bill said when explaining her vote. She added that she wished Kern had consulted with the County Attorney on how to best craft the legislation.

“This bill is missing the mark on going towards high-level dealers,” she said. “It needs more work. I think we need more stakeholders in the process to flesh this out”

Sen. Christine Marsh, D-Phoenix, lost her son to a fentanyl overdose after he took a percocet pill that he didn’t know was laced with the drug. It led her to champion a bill that allowed for fentanyl testing of products in the state.

Marsh said that she appreciated the bill’s focus on the children and that her main priority on anything fentanyl-related is usually to help the person become a “clean member of society” but she wanted to help move the bill forward to help continue the conversation.

“We need to quit playing the politics on this stuff,” Kern said, adding that he appreciated Marsh and her story. “If we need to tweak the bill I’d be more than happy to do that.”

The bill passed 6-to-1 and will head to the Senate for a full vote next.