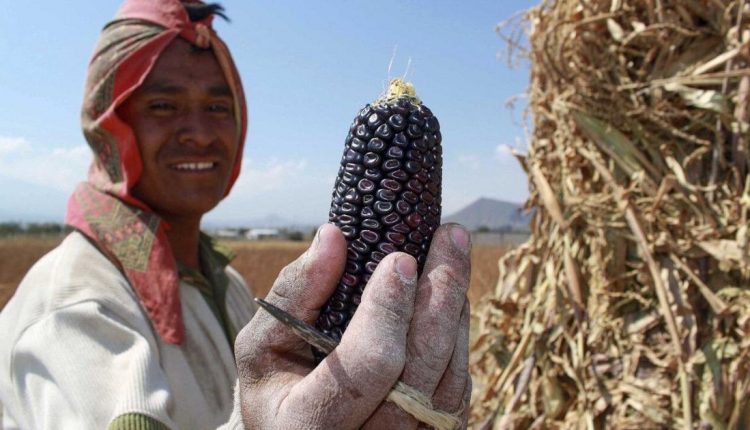 The historical role of corn in the heritage foods of Tucson and the region takes the spotlight at a new monthlong cross-border food festival celebrating three North American Cities of Gastronomy.

“The Pueblos del Maíz” festival kicks off May 5 in Tucson before moving on to San Antonio, and the Mexican cities of Merida and Puebla later in May.

Tucson opens the monthlong festival, which is apropos given we were the first American city to earn UNESCO’s City of Gastronomy designation in 2015. Ensenada, Mexico, earned its the same year, but Merida didn’t get its recognition until 2019, two years after San Antonio.


The photo exhibit “Maize Traditions in Puebla” by Andrés Lobato will be on display as part of “The Pueblos del Maíz” festival.

May 5: Photographer/journalist Andres Lobato’s “Maize Traditions in Puebla” photo exhibit will be on display at The Citizen Hotel, 82 S. Stone Ave., beginning at 5 pm Admission is free.

Fox Tucson Theater, 17 W. Congress St., will host a movie screening for Alberto Cortés’ “Maize in the Times of War” from 6:30 to 9:30 pm; free. The film looks at the importance of corn and the dangers of the crop faces for Mexican farmers. Producer Carlos Rossini and Cinema Tropical director Carlos Figueroa will hold a Q&A following the screening.

May 7: “Pueblos del Maíz Fiesta,” a free block party at Hotel Congress, runs from 5 to 10 pm Gertie & the TO Boyz, Los Hermanos Cuatro, Las Trillizas y Dulce and Native Creed will perform outdoors while Juan Wauters of Uruguay and Los Velvets of Nogales are set to perform inside at Club Congress. The party also will feature more than 15 local food and artisan vendors and a panel conversation about Maiz and the Sonoran Desert; free.

“The Pueblos del Maíz” is a monthlong cross-border festival that starts in Tucson and goes to two Mexican cities and San Antonio.


Ren Bakery and Espresso Bar opened in the former 8 Degrees Ice Cream & Cookies, an 1,100-square-foot space that already had an oven.

10 am to 8 pm Mondays through Fridays and from 9 am to 8 pm Saturdays and Sundays.

Baked goods from muffins and danish to scones and cinnamon rolls that are used in Ren Coffeehouse nearby, and of course, espresso.

Spicy candies and snacks are on the menu.


Chris Ahlers gets some work done in the main dining room near the retractable doors to the patio after lunch at The Monica, 40 E. Congress St.

The Monica opened as an offshoot of El Charro Café. It is named for El Charro’s founder Monica Flin and includes a market along with the restaurant.

Bata is owned by Tyler Fenton, who, with two siblings, also owns Reilly Craft Pizza and Drink. The menu will consist of foods touched by fire, whether being grilled, charred, flame dried or burned (on purpose).

New restaurant Bata, from the owners of Reilly Pizza, brings a fire-kissed menu to downtown


Guadalajara’s in Marana has opened with the same classic Mexican dishes as its sister locations in Tucson.

This Mexican restaurant at 5955 W. Arizona Pavilions Drive is the third location for chef-owner Seth Holzman, which include Guadalajara Grill Mexican, 4901 E. Broadway, and Guadalajara Grill Fiesta, 750 N. Kolb Road. It has the same menu of classic Mexican food.

This long-awaited Mexican restaurant has opened its doors in Marana

Cruda is the newest in a slew of opulent, Mexican-influenced restaurants across Tucson. It was opened by Danny Cordova in the space left when his first downtown venture, La Chingada, moved into the former location of the now-closed restaurant Cafe Poca Cosa.


Owners of the newest downtown restaurant, The Delta. From left, Steve Dunn, Travis Peters and Bryce Zeagler hope to create a “libation and culinary thrill ride.”

Courtesy of The Delta

The Delta officially opened on New Year’s Day. It is the downtown sister project of local favorite The Parish.

Tucsonans might recognize The Parish as a restaurant that transforms an Oro Valley strip mall into a shot of New Orleans. The Delta will feature the same Southern Hospitality it will be a bar with a grill menu instead of the Parish’s gumbo.


Midtown Vegan Deli and Market wants to make veganism more accessible for all.

Tanya Barnett started her deli and market out of a desire to make veganism more accessible — for meat eaters and die-hard vegans alike. She asked vegans what ingredients they needed to find and placed them on her first order.

BoSa Donuts serves more than donuts and coffee. You can get lunch there with sandwiches and other drinks.

The Century Room at Hotel Congress

This lunch to late-night munchies spot has classic and vegan burgers and sandwiches and sides and a considerable dessert menu.


Frida’s Cafe’s Diego Rivera sandwich is a spin on a BLT, with a chile relleno instead of bacon, plus some avocado.

This pizza spot presents Sicilian pies like you get in New York. Their pies are in the traditional Sicilian square, with a thicker base and crunchy crust.

Advance Care Planning for Guns: Owners Can Help Ensure Safe Use and Transfer of Weapons