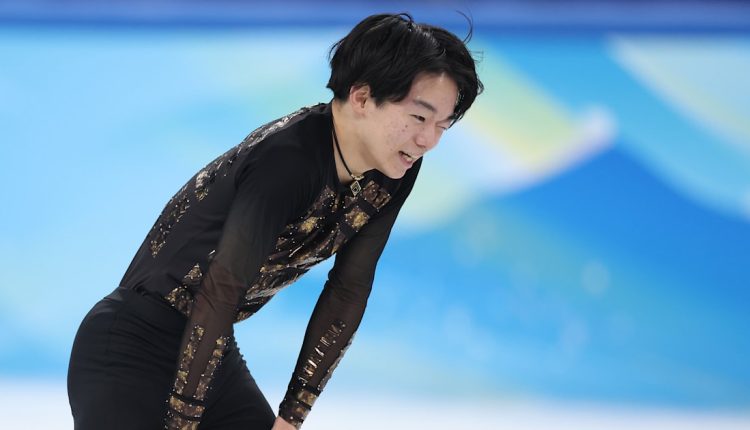 injured Kagiyama Yuma did not turn up at a press conference ahead of the 2022-23 figure skating’s Grand Prix Series on Sunday (9 October), less than two weeks ahead of his scheduled participation at SkateAmerica.

Kagiyama pulled out of Saturday’s Japanese Open team event, citing an injury to his left ankle he suffered in late July.

the Beijing 2022 silver medalist had not previously disclosed the injury.

Kagiyama said in a Twitter post that he had been practicing but still has not fully healed, leading to the withdrawal from the Japan Open.

Kagiyama – who is also on the entry list for the French Grand Prix (4-6 November) – is looking to appear in his first Grand Prix Final this season.

During the Olympic season, the 19-year-old won both Grand Prix events he competed in – but the Final in Osaka was canceled due to the pandemic.

Kagiyama went on to capture his first Olympic medal in Beijing and followed that up with another silver at the world championships.

This season’s Grand Prix Final will be held in Turin, Italy, on 8-11 December.

Uno and Sakamoto looking for ‘a fresh start’

“Last season was a fruitful season for me, but because I had a season I was happy with I want to have the attitude I had when I went from the juniors to the seniors. I want the focus to be on my improvement. Hence, a fresh start,” said Uno.

The three-time Olympic medalist also explained why competing against American teen sensation Ilia Malinin represents an extra motivation for him:

“I had the opportunity to compete at the Japan Open and I’m so grateful I had the chance to compete with (Ilia) Malinin. I’m confident in the work I put in this offseason, I did what I had to do.

“But it’s always good to have someone to aim for. The Japan Open has motivated me to try and keep up. I was so grateful to have found a new source of inspiration”

“This season for both the short and the free, I have a new choreographer,” said Sakamoto.

“With the 4-year cycle over, I’m taking my first steps for the next journey this season. I need to sharpen up. I want this season to be a fresh start of things.”