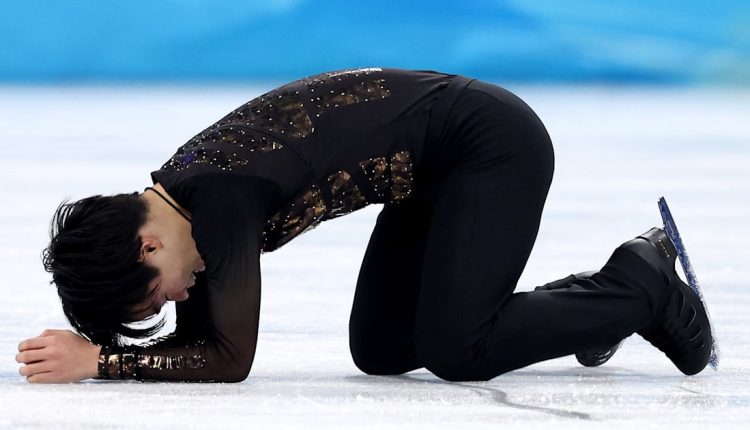 Beijing 2022 men’s figure skating silver medalist Kagiyama Yuma is out for the entire Grand Prix Series due to a stress fracture in his left talus and fibula, the Japan Skating Federation announced on Friday (14 October).

“I have been working to prepare for the Grand Prix Series but I have not fully recovered and the diagnosis I received has made it difficult for me to compete”, Kagiyama said in a statement issued by the JSF.

“This follows my withdrawal from the Japan Open and I realize the concern. I will continue to focus on the treatment and hopefully I will be fully fit to perform in front of everyone at the Japanese national championships in December”.

Kagiyama was entered for the 21-23 October Skate America in Norwood and the 4-6 November Grand Prix de France in Angers.

The 19-year-old had missed last weekend’s Japanese Open team event, citing an injury to his left ankle but did not specify.

When Kagiyama did not turn up at a launch press conference on Sunday for the new Grand Prix campaign to explain his situation, questions surfaced about how serious the injury was.

Kagiyama was looking to appear in his first Grand Prix Final this season.

During the Beijing Olympic season, he won both Grand Prix events he competed in – but the Final in Osaka was canceled due to the pandemic.

Kagiyama went on to capture his first Olympic medal in Beijing and followed that up with another silver at the World Championships in Montpellier, France.

This season’s Grand Prix Final will be held in Turin, Italy, on 8-11 December.

No replacement for Kagiyama was immediately named.

AZ native makes a splash in the world of country music