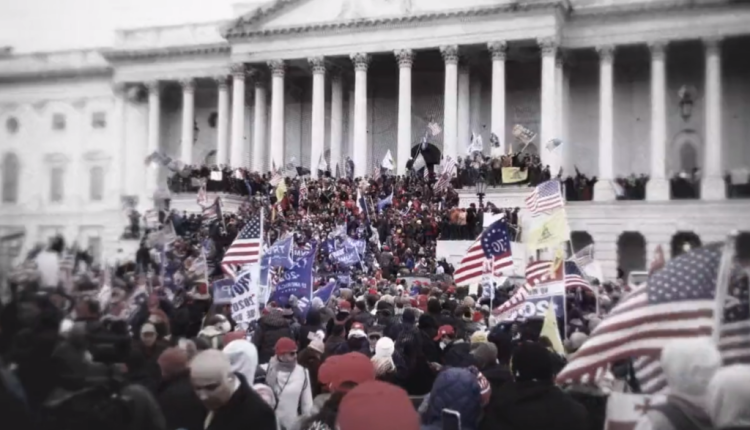 Mark Finchem, the Republican nominee for secretary of state, sent a cease-and-desist letter this week to Arizona television stations demanding that they stop airing an ad from his opponent that accuses him of organizing the Jan. 6 riot.

The ad, paid for by the Arizona Democratic Party and authorized by Finchem’s opponent, former Maricopa County Recorder Adrian Fontes, says that Finchem “helped organize the January 6 protests where police were attacked.”

Finchem’s attorney called that particular claim false and said he was not involved with the organizing of the Jan. 6 protest. Finchem’s attorney, Jack Wilenchik, wrote that the stations were engaging in the spreading of “false, destructive and defamatory rumors” about Finchem.

Finchem, a state legislator from Oro Valley, has long been at the forefront of narratives around Jan. 6. The lead organizer of the rally that turned into a violent riot said in an interview that Arizona’s “Stop The Steal” movement, which fueled the actions of Jan. 6, wouldn’t have existed without Finchem.

On Finchem’s old Twitter account, which he deleted in 2021, he frequently spouted misinformation about the 2020 elections, much of which was flagged by Twitter as being incorrect. He also spearheaded an event at a Phoenix hotel in late November during which Trump’s lead attorney, Rudy Giuliani, and other pro-Trump figures gathered with state GOP lawmakers and the president’s supporters to discuss baseless theories that Joe Biden won Arizona’s election by fraud.

Joe Biden won the state by about 11,000 votes, and there has been no credible evidence of any fraud or malfeasance that affected the result. An election review run by pro-Trump conspiracy theorists and authorized by the GOP-controlled state Senate scrutinized the results from Maricopa County and found no proof of fraud.

On that Twitter account, Finchem also largely interacted and tweeted at the organizer of the event that would turn into chaos in D.C. on Jan. 6.

Finchem attended the Jan. 6 rally and marched to the Capitol, and he praised the rioters that day on Twitter. He’s given different narratives on where exactly he was on that day, and video evidence has shown he was much closer than he has previously stated.

Wilenchik, Finchem’s attorney, has also been involved in many of the schemes around the 2020 election. He has represented the Cyber Ninjas, who conducted the Senate’s partisan ballot review, and corresponded with the Trump campaign about the fake elector scheme while representing the Arizona Republican Party.

Finchem also has a history of filing lawsuits against his political rivals. He also launched a legal defense fund to “fight back” against what he sees as the “weaponization of the ‘free press,’” and last year sent a cease-and-desist to a failed recall campaign when they made similar accusations.

Finchem himself has also been the subject of lawsuits, such as a lawsuit that sought to remove him from the ballot for his alleged role in the Jan. 6 attack on the Capitol. The lawsuit, one of several in Arizona and across the country, aimed to use the Fourteenth Amendment to disqualify candidates because of their support of the Jan. 6 attack, claiming they are “insurrectionists” and thus unable to hold public office. The Arizona Supreme Court rejected the case.

“They basically want to do what the Nazi party did in the 1930s,” Finchem said of those who brought that lawsuit to Arizona knifemaker Greg Medford on his podcast. “They want to use the court system as a political hammer.”

Finchem has a history of comparing his political rival’s actions to those of Nazi Germany.

The Arizona Mirror reached out to the Arizona Broadcasters Association about the cease and desist but did not hear back in time for publication.