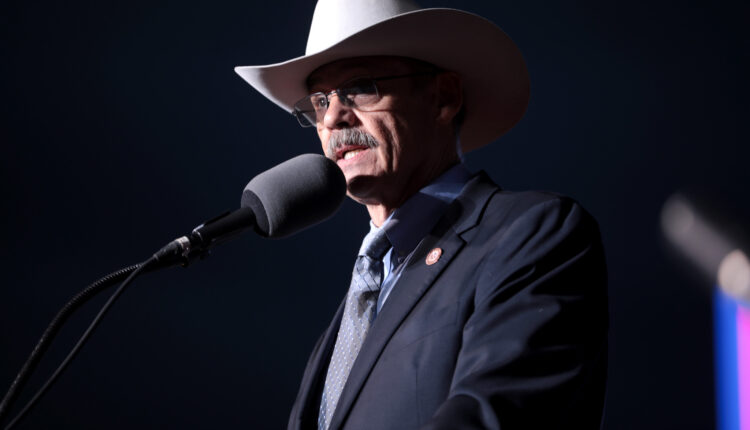 In a filing riddled with errors and new evidence-free claims of forgery and election malfeasance, the attorney for failed GOP secretary of state candidate Mark Finchem says there are no grounds for a judge to dismiss the challenge to the election results without conducting a hearing on the claims.

Finchem is seeking to overturn his loss last month to Democrat Adrian Fontes, who won by about 5 percentage points — more than 120,000 votes in the statewide contest — making sprawling claims of election malfeasance at the hands of Maricopa County and Secretary of State Katie Hobbs. He wants his election loss to Fontes overturned, a statewide hand-recount of all ballots and a court order that the attorney general investigate Hobbs for what he claims was self-dealing and threatening public officials.

Earlier this week, attorneys for Hobbs and Fontes filed motions to dismiss the suit. Fontes’ attorney used the motion to issue scathing criticisms of Finchem, the claims made in the election challenge and Cave Creek attorney Daniel McCauley, Finchem’s lawyer. The lawsuit is a “flimsy tantrum of conspiracy theories and outright falsities,” attorney Craig Morgan wrote, by a “twice sanctioned litigant.” The proper thing for the court to do, Morgan concluded, is to dismiss Finchem’s lawsuit and then hold a hearing on sanctioning Finchem and McCauley.

Election challenges are limited in scope by state law, and must be confined to misconduct by election boards; ineligibility of a candidate; bribery or another offense “against the election franchise”; illegal votes; or an erroneous vote count.

To succeed, a challenger must prove that improprieties directly cost them more votes than they lost by. Finchem’s election challenge does not attempt to do so.

In his response to the motions to dismiss, McCauley refers to Fontes as “Fuentes” multiple times. He also repeatedly refers to Hobbs with the appellation “Ms.” even though Hobbs is a married woman. McCauley, when representing the Cochise County board of supervisors earlier this month, attempted to move the case to a nonexistent federal court in Arizona.

But grammatical errors are not the only errors within the filing.

McCauley claims within the filing that the laboratory that accredited Arizona’s election equipment was not properly accredited, which is false. The Election Assistance Commission, which verifies and performs accreditation on voting equipment, has said multiple times that all Arizona voting equipment has been certified by accredited labs.

To rebut the repeated statements from the EAC that all of Arizona’s machines are properly certified by an accredited lab, McCauley claimed without evidence that the lab “forged” its certificate of accreditation.

“Instead, it was executed by an unqualified person who may or may not even be an employee of the lab,” McCauley wrote. “The date on that referenced certificate was false and made strictly to trick anyone that might view it.”

Finchem’s attorney also appears to cite claims that have been circulating online related to the controversial “Twitter Files,” a set of internal Twitter documents billionaire Elon Musk has been releasing to hand-picked journalists who promote the long-running conspiracy theories that social media companies “censor” conservative politicians and accounts.

Among the claims made by Finchem’s attorney is that, prior to ever announcing a run for governor, Hobbs’ office emailed a partnership that was created between the Cyber and Infrastructure Security Agency and Stanford University to identify election misinformation. The post that was flagged alleged that Donald Trump had already won Arizona in 2020; he lost to Joe Biden.

McCauley claims that the actions are akin to “unconstitutional censorship” and that Hobbs “caused the removal of any constituents’ speech she disdained from public view,” but provides no evidence that occurred. McCauley also claims that the “misconduct” took place in 2021 when the emails, which were sent by a staffer in Hobbs’ office and not the secretary herself, were actually sent in 2020.

Finchem’s attorney also asserted that the motions to dismiss by Hobbs and “Fuentes” should be rejected because the case is an “election contest” and not a “civil suit,” so it is governed by different procedural rules that require a court to conduct a hearing on the claims.

Oral arguments on the motions to dismiss are scheduled for Friday at 10:30 a.m. If the case is not dismissed, Judge Melissa Julian said that an evidentiary hearing could happen as early as next week.

KHN’s ‘What the Health?’: Health Spending? Only Congress Knows