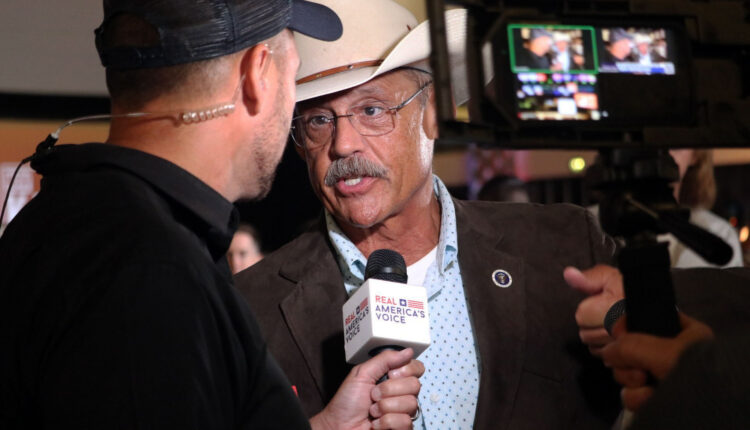 A lawsuit filed by Mark Finchem last week seeking to overturn his election loss in the secretary of state race will move forward without failed Republican congressional candidate Jeff Zink after an amended complaint was filed this week.

The lawsuit includes no evidence that ballot tabulators malfunctioned anywhere in Arizona — the issues in Maricopa County were caused by malfunctioning ballot printers — or that voters were disenfranchised. The new amended lawsuit filed earlier this week removes Zink, who lost his election to Gallego, a Democratic congressman, by more than 50 percentage points.

Finchem wants his election loss to Fontes overturned, a statewide hand-recount of all ballots and a court order that the attorney general investigate Hobbs for self-dealing and threatening public officials.

Finchem, a Republican lawmaker from Oro Valley, is represented by Daniel McCauley, a Cave Creek attorney who specializes in trusts and wills, not election law. McCauley earlier this month was hired by the Cochise County board of supervisors to defend its decision not to certify election results by the deadline in state law, but he failed to show up to a court hearing. A judge ultimately ordered the county to certify its election.

Maricopa County Superior Court Judge Melissa Julian on Tuesday ordered attorneys representing Hobbs and Fontes to have their motions to dismiss filed by the end of the day so McCauley could adequately respond to them. She set aside time for oral arguments Friday morning, and said an evidentiary hearing on the case could be possible next week if the case is not dismissed.

“The claims that are raised by the plaintiff are baseless. They are sanctionable,” Andy Gaona, an attorney representing Hobbs, said during the hearing. Earlier this month, attorneys representing former gubernatorial candidate Kari Lake were sanctioned for false claims they made in a lawsuit aimed at bar voting machines in the state.

Gaona said in court Tuesday that he was confident that the case would be dismissed, but added that a Friday hearing could be complicated due to another case in Mohave County he’d have to be attending, though he said he believed it would be over quickly .

In that case, state Sen. Sonny Borrelli, R-Lake Havasu, filed an election contest in Mohave County Superior Court on behalf of himself and John and Jane Doe defendants contesting the results of the election in Maricopa County.

Borrelli’s suit is largely based on a false claim made by Attorney General Mark Brnovich that the county uses “artificial intelligence” to verify the signatures on ballots.

Brnovich made the claim while appearing on former Donald Trump advisor Steve Bannon’s podcast in April. While computers are used to assist in the signature verification process, there is no “artificial intelligence” and humans verify every early ballot signature.

Borrelli has a long history of making false claims about election fraud. He was a driving force behind the state Senate’s so-called “audit” of the 2020 election, and he has participated in a number of QAnon related events.

“It is set for an hour but I don’t think it will last that long,” Gaona said of the hearing in Mohave that could conflict with the motion to dismiss hearing in the Finchem case.

With the end of Title 42, Pima County scrambles to house an expected surge in asylum seekers