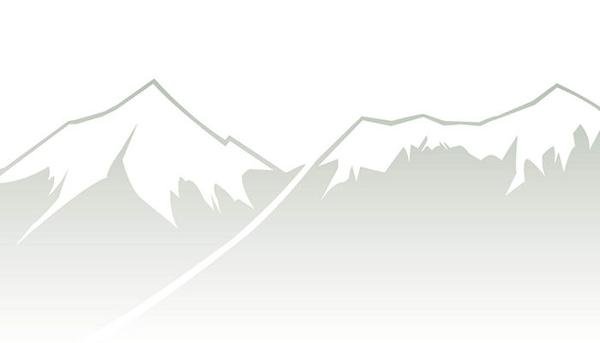 On Thursday, Eric Jackson was fighting flames on the northern line of the Tunnel Fire when his crew members motioned for him to come take a look at something they had found. A small, black animal was scrounging over the burnt landscape.

“We initially thought it was a javelina,” Jackson said. “But I’m from Sedona. I see Javelina all the time. I said no, that looks like a domestic pig.”

Jackson was right. The pig was in rough shape. Northern Arizona Animal Search and Rescue (NAASAR) had received a report of two pigs that fled the Tunnel Fire on Tuesday, and this appeared to be one of the two. As far as Jackson could tell, she had been wandering the charred fire scar for the last two days. Now she was weary and panting with exhaustion.

“I believe she was searching for her mate,” Jackson said. “She looked really distressed and extremely lost.”

The firefighters put out a makeshift bowl of water and some leftover food in hopes of luring the pig. Jackson said she was reluctant at first, but eventually came to the bowl and drank heavily. It could have easily been the first sip of water she had had in two days.

“She was extremely dehydrated,” he said.

At this point, Jackson and his crew mates, Tom Silas and Note Louis, radioed division leader Preston Mercer to advise him of the pig situation. Mercer made a merciful call.

“Secure the pig if you can,” Mercer told Jackson and crew, and suddenly they had a new mission.

What ensued was an operation of greater complexity than any of the firefighters could have anticipated. They repurposed a tie down from the engine as a pig snare. One of the crewmen attempted to distract the pig while she focused on drinking so that Jackson and the other crew member could try to grab and hold her.

The first two attempts were unsuccessful, and the pig, weary as she was, evaded capture by the firefighters. The third time, Jackson was able to get her in a “bear hug.”

“Then I rolled on my back kind of lifted her up,” he said. Squealing in Jackson’s arms, the crew deemed that the pig would likely escape if Jackson let go, so they helped Jackson and pig off the ground and into the bed of the truck. Then the pig seemed to realize that she was being rescued.

“She went limp and calmed down. She wasn’t squealing anymore,” Jackson said. “Later, she put her head on my shoulder and kind of kissed me like a dog would have.”

The pig was eventually delivered into the care of NAASAR. Jackson and crew resumed their duties and “tried to locate the male,” but were unsuccessful.

On Friday, Arizona Game and Fish officers Holt and Miller were patrolling an area near Elden Springs road, when they found pig number two. He was in even worse shape than the first, having been out a day longer, and was fearful and aggressive. The officers managed to capture the pig and calm it by covering its eyes with a jacket. They rendezvoused with NAASAR, and the two pigs were reunited at the Coconino Humane Association outpost at Fort Tuthill.

“We’re glad they’re safe,” said Theresa Schumann of NAASAR. The home that the pigs fled unfortunately did not survive the Tunnel Fire, but Schumann reported that anytime an animal is found unharmed, it’s a small victory. The two pigs are destined to travel together to a family farm in Rimrock.