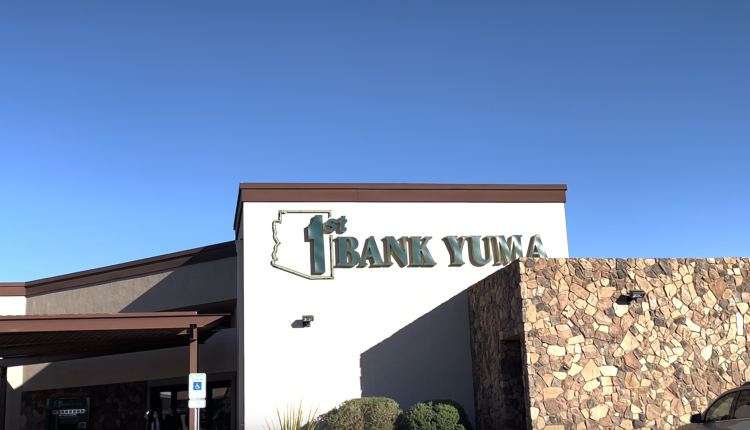 YUMA, Ariz. (KYMA, KECY) – The Yuma Police Department (YPD) responded to a report of a robbery in progress at First Bank Yuma.

YPD responded to the report on Tuesday, November 8 around 1:03 pm

The First Bank Yuma that was robbed is located on 4th Avenue and 28th Street.

YPD said the investigation revealed an unknown man entered the building and handed a note to the teller demanding money.

And the suspect fled the scene on foot with an undisclosed amount of money and left in a north-easterly direction said YPD.

According to the YPD, the suspect is described as a white male, approximately 6’2 tall, and 240 to 260 lbs.

YPD also mentioned the suspect wore a black mask along with a blue medical-type mask on top, a white long-sleeve shirt, black shorts, black shoes, and a black hat.

There was also no weapon shown and there were no reported injuries, YPD stated.

This case is still under investigation and the video is being reviewed, including the scene being processed.

YPD says if your information leads to an arrest, you may receive up to a $1,000 cash reward.