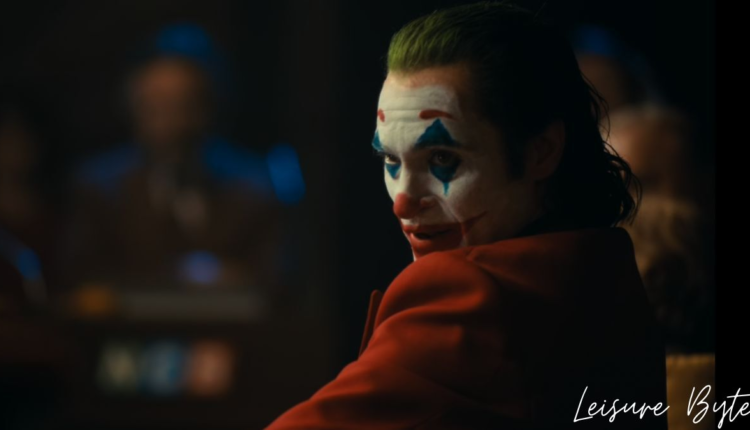 Joaquin Phoenix’s Arthur Fleck seems to flex in the first look of the movie Joker Folie a Deux, which is the sequel to the 2019 film Joker. Phoenix has returned to play Fleck as the sequel seems to have hit the rails, reports Variety.

The director of the film, Todd Phillips shared the teaser image announcing “day one” of work on the film on Saturday afternoon (US Pacific Standard Time). “Day 1. Our boy. #joker,” Phillips wrote in a simple caption.

The filmmaker shared an image of Joaquin Phoenix in character as Arthur Fleck. The homicidal Arkham Asylum convict is lying dead-eyed as he’s receiving a shave from what appears to be an orderly at the facility. Phoenix seems to have readopted the wiry physique that he took on to play Fleck in the original 2019 film.

According to Variety, while plot details remain closely guarded, the Joker sequel will pick up with Phoenix’s killer clown after he’s been admitted to Arkham Asylum. Phoenix, who won the Oscar for best actor for his performance in the R-rated original, will be joined by Lady Gaga for the sequel, who has been cast in a role reported to be a take on the DC Comics villain Harley Quinn. Brendan Gleeson has also been cast in the production.

Phillips returns to direct Joker: Folie a Deux after helming the first film, steering the dark comic book adaptation to a whopping 11 Academy Award nominations, a Golden Lion win at the Venice Film Festival and a whopping box office success, with global ticket sales topping $1 billion. The sequel has been described as a musical.

Joker Folie a Deux is set to land in theaters on October 9, 2024 — exactly five years following the release of the original film.