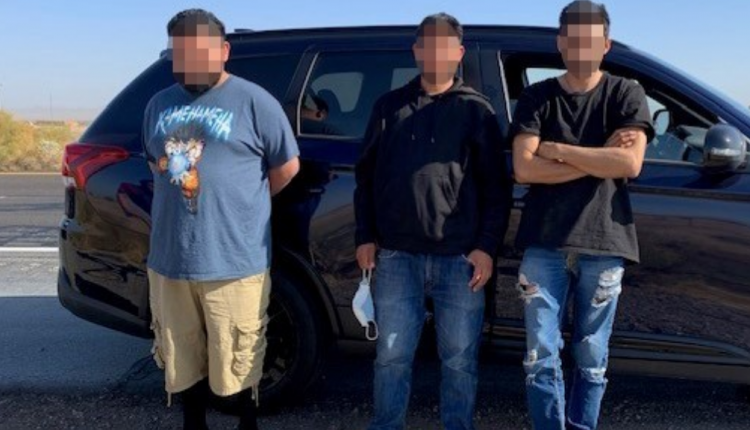 According to U.S. Customs and Border Protection, around 5 a.m. on Friday, six migrants were discovered hiding in the back seat and cargo hold of a Yuma resident’s Chevrolet Suburban on Interstate 8 near Dateland, Arizona.

Shortly after this discovery, agents stopped and arrested a 27-year-old US citizen near I-8 heading east east of Wellton after attempting to smuggle two migrants in his Chevrolet Suburban.

At around 11 a.m. Sunday, two 16-year-olds from California were also arrested by Border Patrol after they stopped in connection with a smuggling attempt by a migrant who was reportedly wearing boots.

CBP said the carpet boots help individuals not to leave their shoe prints in the sand and hide their markings from agents.

The two 16-year-olds who were involved in the smuggling attempt on Sunday were handed over to the child protection services. The other US citizens were arrested and charged with smuggling.

CBP said the 12 migrants involved in the four different incidents had also been arrested and were being returned to Mexico under Title 42.