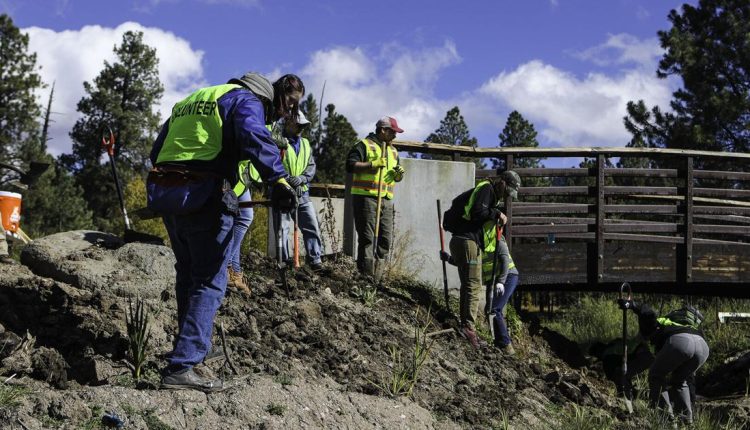 Flagstaff’s stormwater management division is grossly underfunded and struggling to address current conditions caused by post-fire flooding, but Flagstaff City Council decided at its last meeting that a solution to this problem can wait until next year.

Rather than moving forward on a decision regarding necessary stormwater rate increases, Council decided to revisit the issue on Jan. 31, 2023, to allow for more public outreach and input form the business community.

For months, the Flagstaff stormwater management division has been presenting to council on its collaboration with consultants Water Resources Economics (WRE) as they worked to identify options for increased stormwater fee rates that would keep the department viable while they fight to keep up with increased level of service and capital improvements made necessary by post-wildfire flooding. Since August, the department has been aware that, without change, their suitcases would be empty by 2026.

On Tuesday, stormwater manager Ed Schenk presented Council with the results of this consultation. He began the presentation by stating that the recent passage of Proposition 441 — which will generate $26 million from general obligation bonds to address mitigation in the Museum Fire flood corridor — was a “big win” for the department.

The department’s current annual capital funding sits at about $600,000, Schenk shared. By comparison, in both 2021 and 2022, the department has spent “north of $1 million” in flood response alone, while also leaning heavily on staff and equipment from other city departments such as water services, public works, and the streets section.

Alongside WRE, the department has estimated an annual need of $8 million over the next seven years to address capital improvements, operating and maintenance costs. While grant funding can cover some specific projects, “A rate increase is needed to meet current and future stormwater obligations,” Schenk said.

Each scenario would also allow different approaches to capital improvement, Schenk explained. Scenario 1 would allow action on a wider range of projects without any debt-financing, Scenario 2 would have to lean on debt financing and grants to complete projects on a conditional basis, and Scenario 3 would keep up with some costs, but leave a vast majority of identified improvements undone.

While Council was asked to select a scenario and move forward with one, instead they expressed concerns that the confluence of multiple factors — including current rates of inflation, unknown levels of support from a change in congressional leadership, and the impending 2023 minimum wage increase — made it an inappropriate time to make a decision on a rate increase that would have financial impacts on the residents and business of Flagstaff.

The decision was thus delayed until Jan. 31, 2023 in a motion made by council member Regina Salas, with the expressed intent of using that time to gather more input on the rate increase from residents and the business community.

Is that a white phoenix?