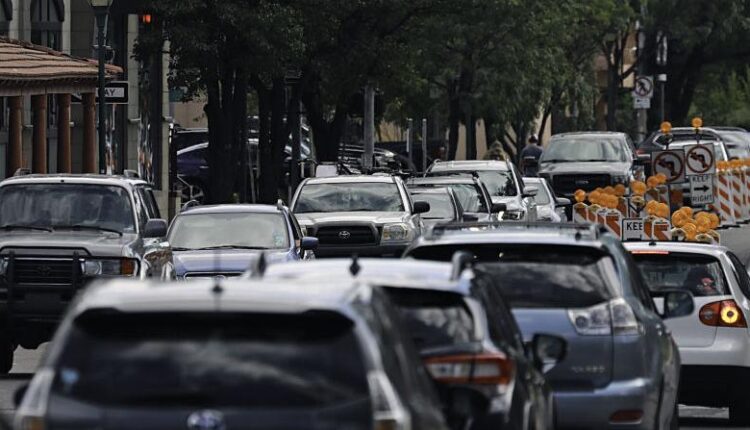 Flagstaff City Council was divided 4-3 on Tuesday when asked to approve the first read of a controversial vehicle noise ordinance that would codify limits and penalties around excessive vehicle noise within city limits.

The slim majority prevailed and the ordinance was given its first read, setting the scene for city council to adopt the ordinance formally during the upcoming meeting.

The conversation on vehicle noise extends back to 2019, when the Council first received complaints about excessive and intentional noise pollution from modified vehicles. The complaints were followed by a citizen’s petition showing 29 signatures calling the Council to address quality-of-life concerns rising from the form of intentional noise pollution.

The first nuisance noise ordinance was drafted in June 2021, redrafted in September of that year, and in January 2022, Council directed the city to hire a consultant to study the problem further.

In October, city council directed staff to separate the noise ordinance into two distinct ordinances — one for vehicle noise and one for noise from fixed sources.

What has made the vehicle noise ordinance controversial is the question of enforcement and added demand on police.

During the Nov. 29 meeting, Chief Dan Musselman of the Flagstaff Police Department noted that it was the department’s policy to follow up with all calls. As such, citizen calls about violations of the proposed vehicle noise ordinance would result in an officer being sent out to investigate.

“Knowing full well that that vehicle is probably going to be gone by the time we get there,” Musselman said. “But I still think there are some ways we can try to follow up with that, find who that is, and try and make that vehicle comply with the ordinance.”

He did note that police calls are “prioritized” and put in a queue based on urgency.

“We’re not going to hold an injury accident to go to this [noise ordinance] call,” he said.

The three councilmembers who opposed the first read of the ordinance — Regina Salas, Adam Shimoni and Mayor Paul Deasy — seemed swayed by the concern that this particular vehicle noise ordinance would demand more of an understaffed police force and incite them to “regulate behavior,” as Shimoni put it, rather than focus on public safety.

Among those in favor — Khara House, Miranda Sweet, Jim McCarthy and Austin Aslan — most outspoken seemed to be McCarthy, who supported the ordinance “out of respect” for the citizens who have filed the initial complaint.

“We should at least get something on the books,” McCarthy said, noting that he was “not scared at all” that the existence of the ordinance would increase response time or create undue demands on the police force.

“I’ve talked to the chief of police. His department will use their discretion on how to respond to this,” McCarthy said. “They’ll use common sense.”