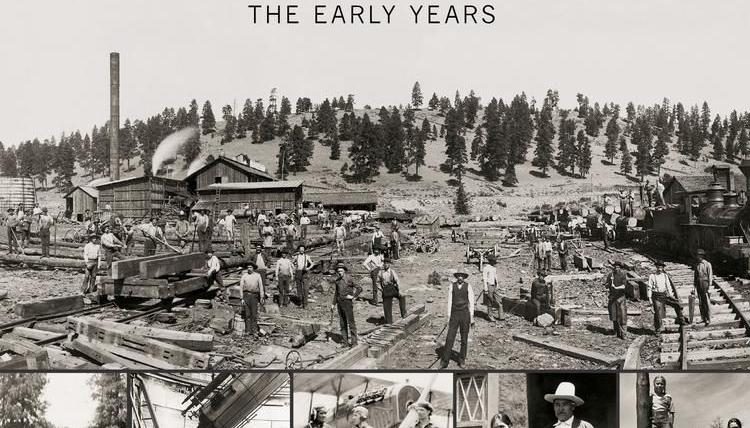 Flagstaff History: Lettuce grower was brought into the green | Local

1922: Effete New Yorkers are munching Flagstaff lettuce with their romaine salads. Los Angeles and Hollywood divorcees are daintily absorbing it with their ptomaine salads. Even our charming and practically conventional sisters in Phoenix and Tucson are taking it in their salads. Flagstaff lettuce? Sure thing you know. There are 30 acres of it, green 2 turn and headed magnificently now being harvested on Frank Patton’s pumphouse ranch between here and Oak Creek Road. Kay Matsumoto, the hustling Japanese farmer, owns the lettuce and with a lot of his countrymen is cutting and crafting the crisp heads. New York wants another iced carload right now. So does Los Angeles. Flagstaff people are eating it as it is on sale at the stores here. Phoenix and the rest of the Southland, where it is too warm now to raise lettuce, are getting a lot of it. Kay says he’ll get $1,000 worth of the lettuce from each of the 30 acres.

Fred Breen, publisher of the Coconino Sun at Flagstaff, announces that he recently has purchased an eight-page duplex printing press and it will be installed within the next two months — this being necessary on account of the increased size of the Sun. He was elected vice president of the Arizona Newspaper Association. The Holbrook Tribune and other newspapers are glad to see the neighbor prosper. The Sun is one of the best weekly papers in the country now, and even at that is promising its readers still greater improvement. Congratulations, brother Breen.

1947: Santa Fe trailways buses probably will start rolling again tomorrow or Saturday, a spokesman for the brotherhood of railroad trainmen said today in announcing that an agreement has practically been reached to terminate the union strike that began last July. He said the company had offered a wage of $5.85 per 100 miles to drivers and agreed to increase it to $6 on Oct. 26, and that the rate has been accepted by the drivers. The union is holding out for clause making the boost retroactive to June 1 when its contract expired. LG Charles, general chairman for the union, predicted this difficulty would be speedily ironed out. This strike involves approximately 300 drivers of 100 buses on the Western Division, which includes several Western cities, including Flagstaff. The union, with a settlement imminent, withdrew its pickets today, permitting the mechanics and other workers to return to their jobs.

Tuberculosis is an unnecessary disease, yet more than 900 persons, including 100 children, die of it each year in Arizona. The stark tragedy of these figures are why today health authorities declared the importance of every Flagstaff resident taking a free chest X-ray here within the next 10 days. Beginning tomorrow, the free chest X-ray will be available at specified places and health officials, civic leaders and others are pressing for as near 100% participation by residents as is possible. The X-rays will be taken in the early stages of the campaign in industrial plants, Flagstaff residents next Thursday, Friday and the following Monday, Sept. 4, 5 and 8, may obtain this free service in the health department in the courthouse building . In 1945 and 1946, one out of every seven persons who died in the State of Arizona succumbed to the ravages of tuberculosis. The insidious disease is the first leading cause of death between the ages of 15 and 46, the most productive years of life. When these facts are considered, the economic loss in man hours wasted and the money spent directly and indirectly to cure for the dependents of the wage earners killed or crippled by tuberculosis is inconsequential.

1972: Warren Hardy may be nine months away from earning his own college degree, but it hasn’t stopped him from organizing his own school. Hardy, a young man with one eye set on a possible new career, has already written his own textbook. And he plans to welcome his first students to his school in early September. Moreover, there is a good chance that the students will be considerably older than the 24-year-old instructor. Accelerated conversational Spanish institute is the title of Hardy’s latest endeavor. Put into simple language, it is designed for the tourist who wants a speedy course in the Spanish language. Hardy got the idea pretty much by chance. He had an assembled accelerated program before going to Argentina for 2 1/2 years on a mission for the Mormon church. He returned from that program, where he taught English, and started on his professional training at Northern Arizona University. But it was a chance request that a Flagstaff resident had applied through a self-help agency for someone to instruct her in Spanish. The request found its way to Hardy — who had found some success in a Spanish tutoring program. Through the tutoring, he had already begun formulating a proposed text. The 60-page text is the one that will be used in the initial course. The course is designed for tourists, primarily adults who want to go to Mexico and enjoy themselves as tourists. The dialogue is tourist-oriented.

1997: Sure, it doesn’t pay well. But what other job allows you to stand atop a mountain all day, enjoying the view and the clear, piney air? For two summers employees at Arizona Snowbowl worked at the scenic skyride, allowing them to earn money as well as enjoy the outdoors. “I always tell people we have the coolest spot in the state,” said Joan Ingols “I’d recommend the job to anyone, but I want to do it again.” For her, working as an interpreter for the Forest Service at the top of the skyride is a diversion. Ingols said the summer job is a great break from her teaching duties at Coconino High School. Another lift attendant at the skyride wants to work there while she attends Northern Arizona University. The chance to work outdoors is what makes this her favorite job. She said Flagstaff’s summer weather helps keep her relaxed and focused.

A KZGL-FM disc jockey upset with police was cited for disorderly conduct after he repeatedly swore and made obscene gestures at officers early this morning. Jeffrey Travis Graham, who goes by the name Jay Hammond on air, was in Maloney’s bar when he saw two officers standing outside at about 1 am and began taunting them, according to a Flagstaff Police Department report. “I saw them and kind of gave them a hard time because of what happened to me the previous week,” Graham said this morning. Graham, 26, said he was angry about being stopped last week for jaywalking. He was not cited, but Graham said the stop was unfair because the light was green when he crossed. After officer approached Graham inside the bar this morning. He came outside, continued making obscene gestures and grabbed a pen from one of the officer’s pockets. Graham later called the police department, but the report said an officer hung up on him because of his abusive language. When he kept calling back, police officers went to his home and cited him. Graham said he called the police to file a report about them harassing him.