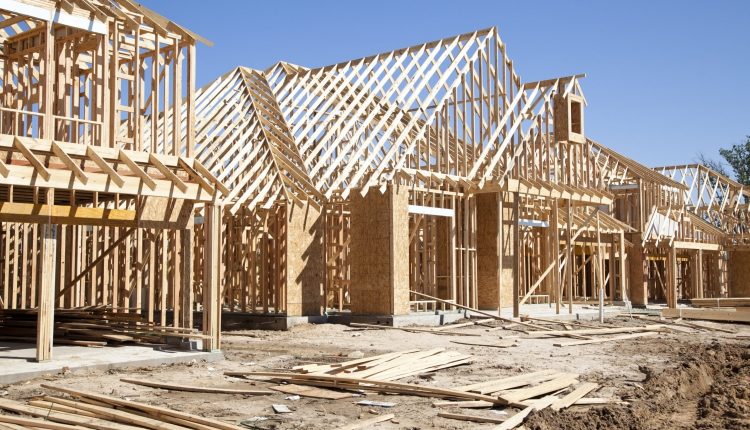 Flagstaff has a shortage of more than 7,000 homes and local developers blame complicated zoning codes — but city officials refute that, saying the issue is much less clear cut.

The city’s challenges were the focus of the fifth meeting of a housing supply study committee held by state legislators in Flagstaff on Wednesday afternoon.

Joseph Galli, a lobbyist for the Greater Flagstaff Chamber of Commerce, which advocates on behalf of local businesses, argued that the city has a habit of enacting burdensome building codes. These include energy rules, impact fees and stormwater ordinances.

A recent amendment to the city’s energy codes, whose purpose is to increase efficiency, requires all new homes to have a solar-ready breaker panel and a garage outlet capable of charging electric vehicles, the latter of which Galli said would add $1,500 in building costs to each unit. Residential impact fees are one-time payments made by the developer to the local government. They vary by development type and size and seek to offset the projected increase in demand on infrastructure and public services. In Flagstaff, a three bedroom unit has a maximum estimated impact fee of $2,022. Stormwater ordinances require developers to submit a plan to manage stormwater runoff during the project to limit erosion and pollution in watershed areas. Without one, construction permits are denied in Flagstaff.

All of these affect a developer’s bottom line, Galli said, and make Flagstaff a less attractive prospect for construction projects. In one example Galli shared, a developer in a previous meeting estimated that building 154 units in Scottsdale would cost him about $532,000 in total for all applicable fees, while 160 units in Flagstaff cost him $360,000 in just building permits and $900,000 for impact fees.

Solutions, from the chamber’s perspective, include reducing permitting fines and other fees and scaling back building requirements to encourage developers to submit more projects. Proposition 442, on the city’s November ballot, is another way to increase funding, specifically for affordable housing. The proposition authorizes the city to sell a $20 million bond to redevelop city owned housing as affordable housing units, increase incentives for private developers to add affordable housing to their plans, and expand the homebuyer’s assistance program.

Legislative action like that found in House Bill 2674, was a good start, Galli told legislators.The bill originally sought to allow developers to circumvent local zoning regulations altogether and was the impetus for the study committee, after criticism from the League of Arizona Cities and Towns, which represents municipalities across the state. For Galli, however, the value of the bill lay in its attempt to streamline the development process.

“We’re simply short of units and the answer is more units and the only people that can really do that is the development community,” he said.

But city housing and planning officials disagree. Flagstaff has a permissive zoning code, said Dan Folk, director of community development. There’s only one single family zoned area in the city that doesn’t allow for multiple family units, like duplexes or triplexes. And increasing the housing supply doesn’t guarantee its affordability.

“We’re looking for units that are affordable. Market units do not deliver that,” he said.

Increasing incentives to amounts that cover the losses an affordable unit incurs are a key way to encourage developers to include them in their plans. Otherwise, they’re more likely to sell or rent at market set rates, which don’t meet the needs of low-income or cost-burdened families. In 2021, the median sales price of a home in Flagstaff was $502,500, while the median annual income was around $69,200, according to a City of Flagstaff report. Average rent last year was $1,315 for a two bedroom apartment, a 16% increase from the cost in 2011.

Focusing only on zoning ignores other stressors that increase housing costs in Flagstaff, added Michelle McNulty, the city’s planning director.

“Zoning is not the only thing we have to do to fix the crisis — it’s one piece of the puzzle,” she said.

Under federal guidelines, Flagstaff is classified as a metropolitan area and is ineligible for U.S. Department of Agriculture funding to help low-income, elderly or disabled residents pay rent. As much as 73% of the surrounding land is National Forest and not open for development, making available land a scarce resource.

The city’s residential makeup also increases housing costs. Flagstaff is home to Northern Arizona University, one of the state’s top universities, and developers have in the past catered to the college town’s student population with high rise – and high rent – apartment complexes. This eventually led to community backlash toward high rise buildings, and caused the city to respond by capping building height. Tourism further reduces the limited housing supply. Every year, more than 5 million visitors escaping hotter climates make their way north and many of them decide to invest in a second home. As many as 14% of houses in Flagstaff are second homes, according to Housing Director Sarah Darr.

These strains on the housing supply all combine to make it difficult for people to live and work in Flagstaff, and new developments haven’t kept up with population increases. Between 2000 and 2020, the city grew by more than 29,000 households, but housing only increased to slightly over 28,000 units in the same time period. In 2020, Flagstaff declared an affordable housing emergency and proposed a 10 year plan to address the estimated shortage of 7,976 homes by 2031.

Flagstaff is the region’s resource hub, Darr said, and an inadequate housing supply means the people who provide those resources are forced to commute, or leave the area altogether.

“We hear from the medical center that they have doctors who are not finding housing that they want to find because the dollar goes so much further in a different community. We hear from school bus drivers that can’t afford the rent,” she said.

There isn’t, however, a simple solution, Darr explained. Rewriting incentive policies and revising city zoning codes to make affordable housing more attractive for developers is one step in the right direction, and so is creating dedicated funding to increase affordable housing, like Proposition 442 aims to do. Most of all, added McNulty, these decisions should be left in the hands of local governments, who know how best to address their own struggles.

“When it’s possible, it’s best to maintain local control that allows our unique local factors to be considered,” she said.

hungry? It’s a good week to go gourmet in Tucson