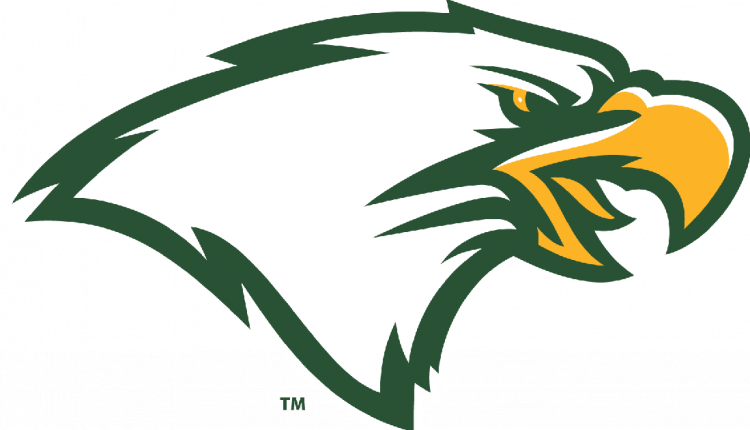 The Flagstaff Eagles dropped their second game of the season in a 14-12 defeat at Winslow Friday. The score matches last year’s result between the two teams at Flagstaff.

The Winslow Bulldogs defeat the Flagstaff Eagles 14-12 for the second straight year as they did so in the Walkup Skydome last season.#TeamAZV pic.twitter.com/cuy6Ie67nT

“It’s always tough coming in here and losing to a team two years in a row by the same score,” Eagles coach Sean Manning said. “We always expect a tough battle between these two schools. It has a long tradition, a long history.”

The 4A Conference Eagles, coming off a 53-20 loss in their season-opener to the Camelback Spartans last week, dropped to 0-2 for the first time since 2011 when they started the season 0-4.

Much like last season’s contest, neither offense was able to find momentum early with scoring coming from other means.

Flagstaff senior Holden Sena recovered a squib kick to open the game and returned it for a touchdown.

The first play of the game accounted for half of Flagstaff’s points. The ensuing extra point attempt was blocked, a theme for the game as extra point kicks were blocked on both sides of the field.

Sena, along with a handful of key Eagles, got banged up against a physical Winslow defense that brought pressure on every play.

“It’s kind of a little deja vu,” Manning said. “That Winslow game (last year) we lost three of our starting receivers, three top receivers in our region by that point in time. We’re very similar in that we’re banged up early this year. We’re hoping we get all the injuries out of the way and once our region starts we’ll be healthy.”

Errors on the Flagstaff offense were largely self-inflicted. A quick three-and-out on 3A Winslow’s first drive put the Eagles back by their own goal line. On the first play from scrimmage, junior quarterback Brock Maier had the snap bounce off his hands and roll through the back of the end zone for a safety to give the Bulldogs their first points.

The Bulldog running game slowly cut through the defense — which ultimately became the deciding factor at the end of the game. Senior quarterback Keaton Kislingbury utilized fake handoffs and play-action to move the ball with his legs. He scored a touchdown near the end of the first quarter.

The Eagles scored their final points of the game on a fourth-down pass from Maier to junior wide receiver Tyler Magill for a 40-yard touchdown early in the second quarter. Flagstaff went for the two-point conversion and failed.

The third quarter went scoreless as neither team could convert first downs and had turnovers.

Winslow got the ball right back at Flagstaff’s 25-yard line before the end of the quarter on an interception from sophomore cornerback Michael Romero-Cortez.

The Bulldogs took the lead on the first play of the final quarter on a run by junior running back Ty Despain.

The Eagles quickly punted the ball away, rolling back into Bulldog territory. With most of the fourth quarter left to go, Winslow chewed up much of the clock with runs that kept the chains moving.

Flagstaff was forced to use all its timeouts in the final minute and a half with the ball still in Winslow possession just outside the Eagle red zone. After the final timeout, Flagstaff forced a turnover on downs to give it one last play.

From their own 15-yard line, Maier and the Eagles had one try to pull off a miracle. Maier attempted a quick pass that was tipped in the air by junior outside linebacker Jake Barton and hauled in by Romero-Cortez for his second pick to seal the game.

Manning had a simple message to the team after the game.

“Just to find more enthusiasm and more camaraderie,” Manning said. “I think we’re just a little bit fragmented right now. I really would hope we come together a little bit more and a little bit sooner. I thought we had good momentum going into this game but we have to learn to play without our players. We came in broken.”

The Hawks defeated the Nogales Apaches of the 5A Sonoran Region last week.

“Rio Rico is not going to be any different,” Manning said. “They’re a good program. We expect another hard-fought battle next Friday in the dome.”