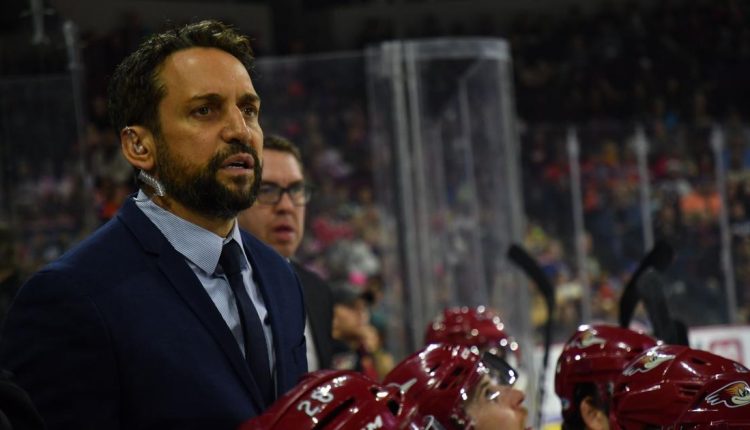 For one night, the coaches join the Tucson Roadrunners roster | road runner

Steve Potvin coached the Roadrunners to a 4-3 win on January 12th.


Like many of their American Hockey League peers, the Tucson Roadrunners have seen some movement in their roster over the past month.

But an NHL call also brought changes to the Roadrunners’ coaching staff.

On Jan. 12, Tucson assistant coach Steve Potvin was relegated to a familiar place: the head coach’s seat. In Tucson’s only win in the last eight games, Potvin served as Tucson’s head coach, flanked by assistant coach John Slaney, in a 4-3 win over San Jose.

Potvin spent all of 2021 as the Roadrunners’ head coach, while Varady spent the year with the Coyotes.

When Varady was transferred to Tucson this offseason, Potvin chose to stay on the team, returning to the assistant role, overseeing the forwards and power play alongside Slaney, the team’s defensive and penalty killer.

“Honestly, it’s been great learning from Jay this year,” Potvin said as he reflected on the movement he’d seen in his own coaching career over the past 12 months or so. “As an assistant coach, it’s a lot harder to really assess scenarios or situations and how you see or internalize how a coach handles things. But once you’ve been in his shoes, it’s a lot easier to really understand what he’s doing and see the web from a different perspective.”