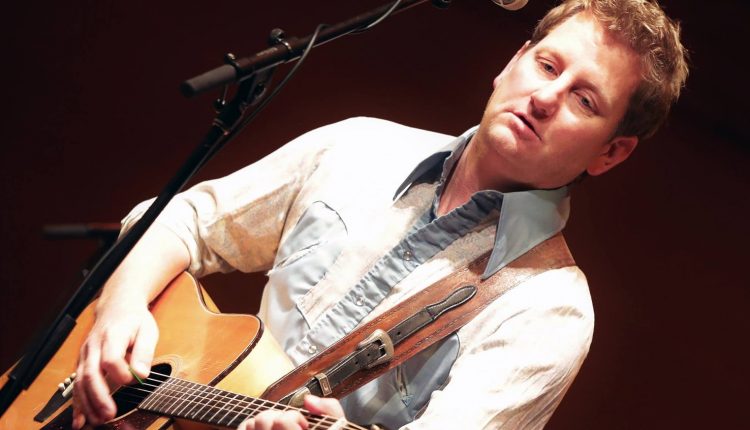 For Phoenix Artist Nolan McKelvey, Music Is All About the Songwriting

Local musician Nolan McKelvey is nothing if not prolific — he estimates he’s put out an album of original music just about every year since 1999.

And yet, if you happen to run across him strumming the upright bass at a metro Phoenix bar, you won’t get to hear his original tunes.

McKelvey, whose original music covers a range of genres from rock and country to folk and bluegrass, calls his songs “really thoughtful and sensitive and contemplative” — maybe not the best fit for a noisy tavern.

Instead, the north Phoenix resident prefers to perform his own work at events better designed to allow attendees to focus on the music, which is why he’ll be on stage tonight, Thursday, June 23, at the Musical Instrument Museum’s Music Theater.

McKelvey has performed in a number of configurations over the years: solo, with Nolan McKelvey and 33, with a collaborative project out of Boston called The Benders, and with the bluegrass band Musklunge. Tonight, the lineup includes him on guitar (a departure from standup bass, his primary instrument), Tim Hogan on bass, Megyn Neff on fiddle, and Gary Smith on drums.

“The MIM theater is just one of the most beautiful places I’ve ever played,” he says. “You can hear a pin drop in there and it’s a beautiful place to present my songs. If you want your songs to be heard, it’s the perfect place for that because it’s sonically incredible in a way that just makes you want to listen. That’s what I love about it.”

It’s been a long road to becoming a recurring performer at the MIM. McKelvey grew up in Michigan and took up the standup bass in fifth grade. He began college at Michigan State University, then transferred to Northern Arizona University.

“I turned 21 in Flagstaff,” he recalls. “The next day, I started playing gigs.”

He found Flagstaff to be a place where he wasn’t expected to only play covers, where he could perform original music and find a receptive audience.

After hopping around the country to places like San Francisco and Boston, he returned to Flagstaff, eventually settling in Phoenix in 2010.

His latest album, Into the Silence, was a collaboration between him, Neff, and Hogan. It’s a relaxing, wistful collection of music with tinges of folk and bluegrass.

He points to The Band and Bob Dylan as songwriting influences, as well as The Grateful Dead and Elvis Costello. He plays upright bass, electric bass, and acoustic guitar, but says he’s really about the lyrics first and “using my instrument as a vehicle to present a song.”

Besides his day job of being an expert witness in worker’s compensation cases (he’s got a master’s degree in rehabilitation), McKelvey has a gig planned soon in Flagstaff and often backs up Mark Zubia and Jesse Valenzuela at Old Town Tavern in Scottsdale on Tuesday nights.

And of course, he’s working on his next album, which he hopes to put out later this year.

“I’ve got five songs completed for this year’s record and six others that are in progress,” he says, and as always, the heart of the album will come from the words.

“There’s a real emphasis on lyrics and trying to paint a picture as a songwriter. That’s the real focus of my writing and my music.”

Phoenix Suns unable to trade into NBA Draft, gear up for free agency with Deandre Ayton