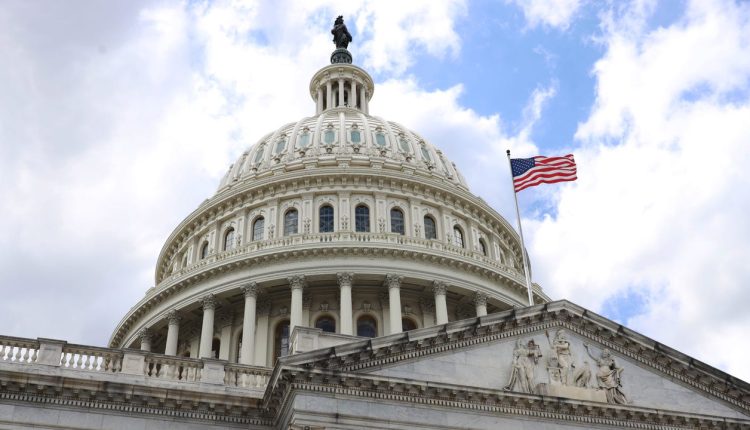 The former news anchor, who used to work at ABC affiliate KNXV-TV, is accused of enabling fraud and profiting off money meant to help small businesses during the pandemic. The former anchor’s husband was also accused.

WASHINGTON (AP) – Financial technology firms abdicated their responsibility to screen out fraud in applications for a federal program designed to help small businesses stay open and keep workers employed during the pandemic, a report by a House investigations panel said Thursday.

The House Select Subcommittee on the Coronavirus Crisis launched its investigation of the firms in May 2021 after public reports that the firms were linked to disproportionate numbers of fraudulent loans issued under the Paycheck Protection Program.

The report said two start-ups, Blueacorn PPP and Womply Inc. — which reviewed one in every three funded PPP loans in 2021 — were connected to significant percentages of PPP loan applications with indicators of fraud.

It said the firms used questionable screening procedures and business practices in reviewing the loans, leading to “the needless loss of taxpayer dollars,” the report said. The firms “took billions in fees from taxpayers while becoming easy targets for those who sought to defraud the PPP.”

Neither firm responded immediately to a request for comment.

The report said Womply’s fraud prevention practices were so lax that lenders describe its systems as “put together with duct tape and gum.” It said Womply’s software became a preferred product for criminal enterprises seeking to defraud the government of PPP loans. The firm also received over $5 million in PPP loans for itself, which the Small Business Administration later determined it was ineligible to receive.

Womply said in a statement sent to the committee in January that the firm’s role in the screening process was limited. “Womply did not approve PPP loan applications, issue PPP loans, or otherwise serve as a lender in the PPP. Womply helped connect borrowers with PPP lenders, which were responsible for reviewing, approving, submitting, funding, and servicing the PPP applications and loans ,” the company’s lawyers wrote.

“We must learn from this inexcusable misconduct to erect guardrails that will help ensure that federal programs — including emergency assistance programs in future crises — are administered more effectively, efficiently, and equitably while keeping waste, fraud, and abuse to an absolute minimum,” said Rep. Jim Clyburn, DS.C., who chairs the coronavirus crisis subcommittee.

Clyburn said the committee’s findings were sent to the Justice Department and the Small Business Administration.

In March, the Government Accountability Office reported that while agencies were able to distribute COVID-19 relief funds quickly, “the tradeoff was that they did not have systems in place to prevent and identify payment errors and fraud” due in part to “financial management weaknesses.”

Billions have been fraudulently claimed through various pandemic relief programs — including Paycheck Protection Program loans, unemployment insurance and others that were rolled out in the midst of the worldwide pandemic that shut down global economies for months.

The US Secret Service in August said it has recovered $286 million in fraudulently obtained pandemic loans and returned the money to the Small Business Administration.

Founder of Bluacorn had ties to Arizona

The report lists the founders of Bluacorn as Nathan Reis and Stephanie Hockridge. Hockridge herself confirms she is a co-founder of Blueacorn on her verified Facebook page in 2020.

On that same Facebook page, Hockridge lists herself as a news anchor for Phoenix ABC affiliate KNXV-TV, otherwise known as ABC 15 in the Phoenix area. According to a video posted by ABC 15 on their YouTube page, Hockridge left the station in 2018.

According to the report, Reis has falsely claimed to be both a military veteran and an African American.

“Mr. Reis may have falsely listed himself as an African American veteran in an effort to take advantage of changes made in early 2021 to prioritize veteran and minority-owned businesses,” read a portion of the report.

The report also states that Hockridge and Reis may have fraudulently received PPP loans.

“The PPP loan applications for Mr. Reis and Ms. Hockridge contain inconsistencies indicating that Blueacorn’s owners—who were personally involved in running fraud prevention and eligibility verification efforts for the fintech—may have themselves committed fraud against the PPP,” read a portion of the report.