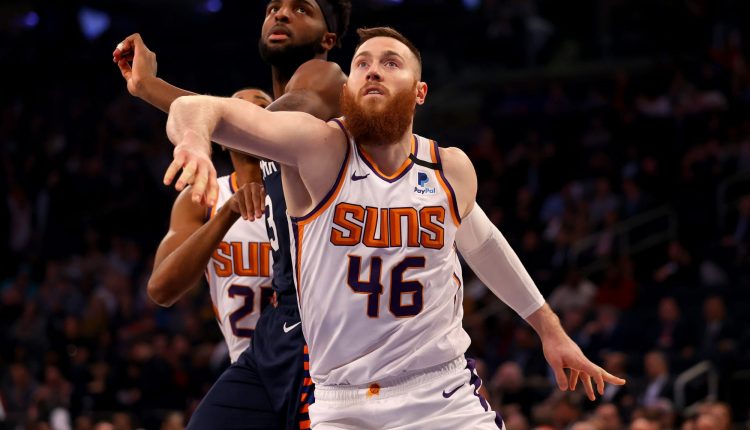 Former Phoenix Suns’ big man Aron Baynes has taken an inspirational step in his recovery from a life-threatening spinal injury.

The Australian has signed his first professional contract since the scary incident at the Tokyo Olympics last year, agreeing to a deal with the Brisbane Bullets in his home country’s National Basketball League.

Baynes detailed his harrowing story with ESPN’s Brian Windhorst earlier in the year. After picking up a neck injury and heading to the toilets during a game against Italy, the now 35-year-old slipped, fell and temporarily lost his ability to walk.

“The loneliest time in my life was laying in that hospital, going in and out of consciousness, going over my life plan and my goals and just crying”.

Baynes hopes his deal with the Bullets is a stepping stone back to the NBA, having played nine seasons in the league including a championship with the San Antonio Spurs in 2014.

“I’m just focused on the shorter term goals right now as to what I need to do. If I lock in on those, you definitely have the bigger pictures of what you want to do”.

Baynes played one year in Phoenix during the 2019-20 season, proving an incredibly valuable addition after starting center Deandre Ayton was banned for 25 games to start the season.

His three-point shooting became a key commodity to the Suns lineup, knocking down 35.1% of his attempts from beyond the arc. He made an equal franchise high nine three-pointers in a 37-point performance against the Portland Trail Blazers on March 6 2020.

He also added 16 rebounds in the 127-117 win, joining James Harden as the only two players in NBA history to have 35+ points, 15+ rebounds and nine made threes in a single game.

While the Suns are well stocked for centers on their current roster, Baynes was a fan favorite whom all fans would wish well as he seeks a return back to the NBA.

Journalists Detail the Scope of the Abortion Ruling, Monkeypox, and Public Health Powers