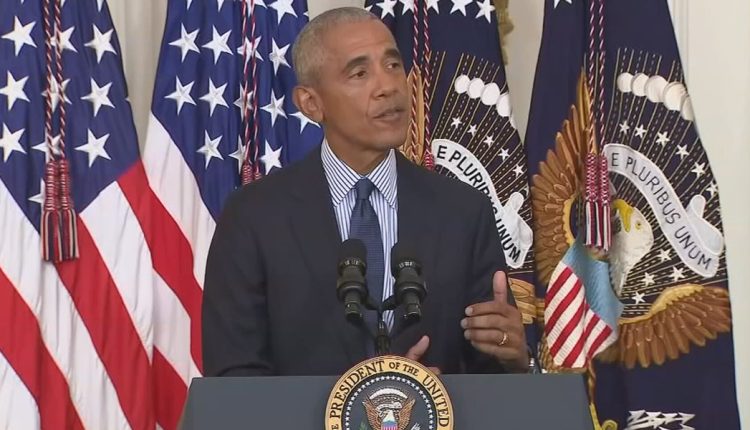 PHOENIX (3TV/CBS 5) – We’re less than a week away from the midterm election, and it’s a sprint to the finish line for candidates across the state.

Former President Obama will rally for Democrat Katie Hobbs and Mark Kelly at an event in Phoenix today in an effort to drum up support for Democrats in Arizona. It’s the first time Obama has hit the campaign trail in Arizona this election season. Former President Trump was in town last month, campaigning for Republican Kari Lake and Blake Masters, along with other Republicans on the ballot.

In 2008 and 2012, Obama did not win in Arizona but Democratic leaders hope today’s visit motivates democrats and independents to get to the polls. While most of the speakers on the agenda tonight are Democrats, Republican Mayor John Giles of Mesa will be there to support Hobbs and Kelly. “I want people to understand this is not an election you can sit out, and I want people to understand that we’re going to be living with the consequences of this election for years to come so it’s important that you get out now and make good choices,” Giles said.

Giles says he’s voting for more democrats than he’d like this election season but says he feels compelled to because he’s concerned about election denialism in our state. “It threatens our democracy and so that’s kind of the low bar that I’ve set as a Republican for who I’m gonna vote for. I need people that will not threaten the democracy by refusing to participate in the peaceful transition of power,” he said.

Today’s rally starts at 6:30 pm with doors opening an hour before. According to the website, “RSVPs are now closed. The event is free and open to the public, physical tickets will not be required for entry. Space is limited and registration does not guarantee entry.”

‘The Metal God’ brings his ‘firepower’ to Tucson | Foothills News