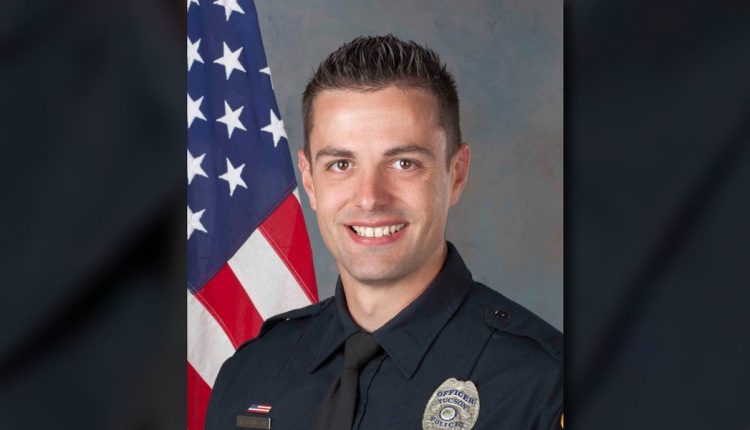 According to documents from Pima County Superior Court, Remington has an initial court appearance and arraignment set for 1:30 pm Friday.

Remington, a four-year veteran of the TPD, was working as security at the Walmart near Midvale Park and West Valencia Road on Nov. 29, 2021.

A store employee told Remington that 61-year-old Richard Lee Richards, who was in a mobility scooter, stole a toolbox from the store.

The employee and Remington followed Richards and asked for a receipt. Richards responded, “Here’s your receipt,” pulled out a knife and kept moving.

Richards then said, “If you want me to put down the knife, you’re going to have to shoot me.”

Another officer, Stephanie Taylor, arrived just as Richards reached the garden center of a nearby Lowe’s Home Improvement store.

Remington ordered Richards to stay away from the store entrance but Richards ignored him. Remington then shot Richards nine times, causing him to fall out of his scooter. Richards died at the scene.

Remington was suspended after the shooting and was terminated Jan 5.

KOLD’s Valerie Cavazos has been following the case for months. In July, she talked with the PCAO about why the case was taking so long.

Below is an edited version of the video of the fatal shooting. KOLD has chosen not to show the whole video due to its graphic nature.

The Tucson Police Department said officer Ryan Remington has been fired after shooting and killing an armed man who was in a mobility scooter.

Richard Lee Richards was shot and killed by an off-duty police officer in Tucson on Monday, Nov. 29.(Arizona Department of Corrections)

According to the Arizona Department of Corrections, Richards has a long violent criminal history.

In 1981, he was found guilty of burglary and sentenced to seven years in prison. In 1986, he was convicted of armed robbery and was sentenced to 15 years.

In 2007, he was convicted of attempted first-degree murder, aggravated assault, and resisting arrest. He was released in January 2018.

In early 2020, Richards was sentenced in federal court on a charge of “transporting illegal aliens for profit.” In November 2020, his probation was revoked and he was sentenced to five months in prison. He was set to start serving that sentence in April 2021.

According to a 2021 sentencing memo, Richards had a hip replacement while in prison, and it “did not heal properly.” His attorney at the time, Brick P. Storts III, said that is why he was in a wheelchair.

[Evidence expert weighs in on TPD shooting, calls it “shocking”]