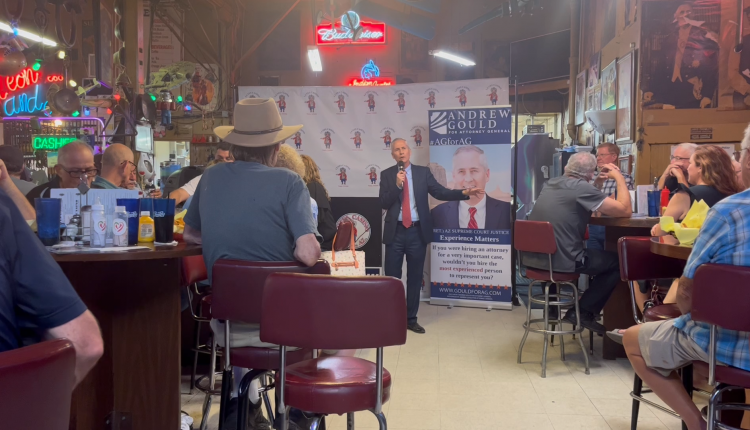 YUMA, Ariz. (KYMA/KECY) – Andrew Gould worked his way up from prosecutor to judge in Yuma County and eventually sat on the Arizona Supreme Court.

“We have to protect our citizens. That’s why we have a border. It’s not something where we don’t want immigration in this country. We do want immigration and Yuma is a great example of one of the most diverse communities in the country, but we have to have some kind of screening mechanism in place,” says Republican Candidate for Arizona Attorney General Andrew Gould.

With Yuma being the biggest agriculture producer for the country, Gould says border security impacts local ag fields in a major way.

“Come off Morelos Dam, right into lettuce fields, cutting fences. We supply 90% of the lettuce for the United States. We’re ending the food supply. We’re destroying property… all these things are consequences,” Gould explains.

During the event at Lutes Casino in downtown, Gould said he wants Washington to do more than just visit the border, he says he wants them to take action.

The crowd welcomed Gould with applause after ending his speech.

“The support from Yuma in this race has been incredible. This is my home,” says Gould.

The Republican candidate has visited Yuma at least a dozen times during his campaign. In addition to border security, he also wants to focus on voting laws in our state.

There are currently six other republicans running for this seat.