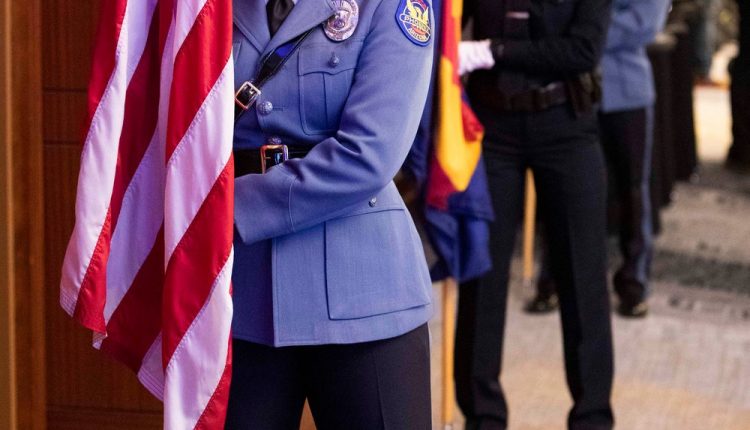 Phoenix police assistant Sandy Borbolla received the Up and Comer award that recognizes a Phoenix Police Department employee who demonstrates “exceptional leadership skills and job performance early in their career,” according to a release.

Borbolla has “greatly succeeded in the department and quickly worked her way up to chief cadet.” Her goal is to be a homicide detective.

Lt. Sara Fields was honored with the Elevating Women in Law Enforcement award that celebrates a department employee who promotes women in law enforcement through job performance or community involvement.

“Fields is not only a leader among her colleagues, but she was involved in proposing a renovation for the victim center,” the release stated.

The Act of Valor award was given to officer Trisha Eskridge “for her heroism to protect an infant amid gunfire.

“She exemplifies courage, regardless of personal safety, to protect others from harm,” the release stated.

After the award ceremony, the Phoenix Police Foundation was host to a live auction featuring police experiences. Through the auction, the Foundation was able to raise more than $11,500, with the funds going toward the capital campaign for the victim center remodel.

“We were honored by the turnout of this year’s Women in Blue Celebration and luncheon,” Timothy Thomas, president and CEO of Phoenix Police Foundation, said.

“This is one of our favorite events of the year because not only do we get to recognize and celebrate three deserving women, but local business people and officers get to mingle throughout the event. It is a great way to connect the community with law enforcement.”

The event took place Sept. 21 at the Sheraton Phoenix Downtown.