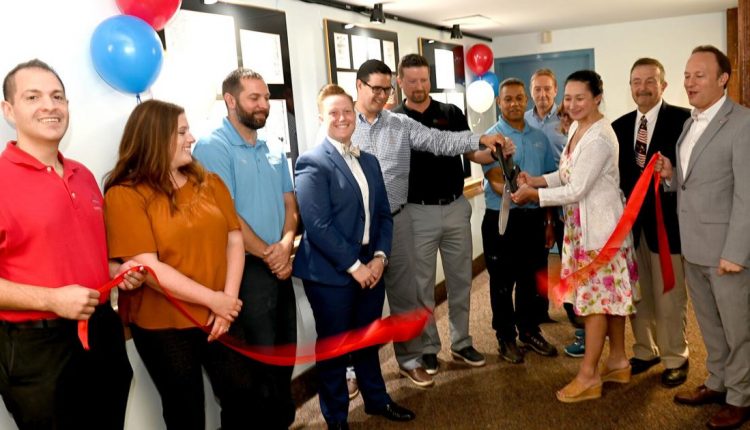 HAVERHILL — A collection of 30 of the most important and historic American documents, including the Declaration of Independence, the Constitution of the United States, and the Gettysburg Address now grace the walls of the lobby at Phoenix Row in downtown Washington Square.

“The Freedom shrine is a way to pass down the oral history of our founding fathers and is another point for families to connect,” said Exchange Club President Eva Montibello. “The residents at Phoenix Row have time to ponder and read the documents, which often become a point of conversation for families.”

“The quality of conversations that families have after viewing Freedom Shrines is very powerful,” Montibello said.

Developed by the National Exchange Club, the Freedom Shrine originated from the Freedom Train that toured the nation in 1947, carrying an exhibit of historical documents.