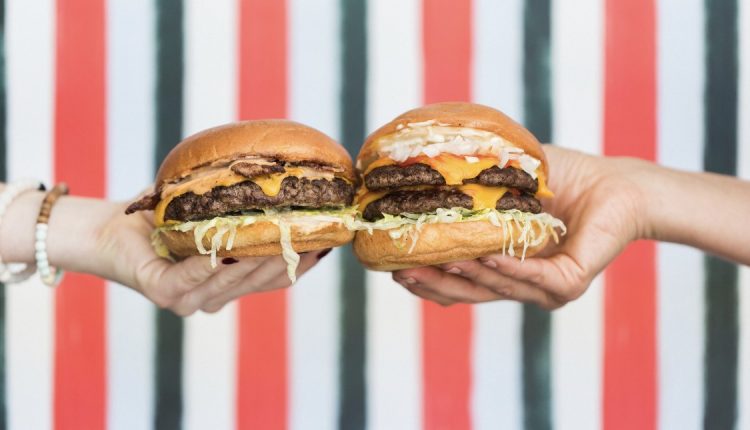 In the last few years, Tucson has seen an increase in Phoenix restaurants, regional chains, and even national chains moving into town.

However, did you know that a few classic Tucson-based eateries can also be found in Phoenix? Hop in and take a journey with us up I-10 as we explore a little bit of the Old Pueblo in the Valley.

What is your go-to ramen and sushi restaurant in town?

Since 2015, Obon Sushi + Bar + Ramen has become a Japanese dining staple in downtown Tucson, and it’s been busy making moves ever since. As its name suggests, the restaurant features sushi, cocktails, and ramen, but there are many more options on the menu such as a variety of poke and entrées.

In 2017, Obon Sushi + Bar + Ramen opened its first location in the Valley. Located in the Scottsdale Quarter, this Obon is currently the only Japanese restaurant in the shopping complex. Two years later, a second location in Scottsdale opened at McCormick Ranch.

This year, Obon opened a third restaurant in Phoenix, but this time with a different concept. Bisutoro, which is located in the Biltmore Fashion Park, has an upscale yet casual vibe and a more expansive menu than its sister restaurants. Among its specialties are “robata” dishes (a Japanese cooking style that uses a charcoal grill), steaks that include Wagyu options, and entrées embracing other Asian cultures such as the Korean Harvest Bowl and Hainanese Chicken. Of course, you can still find sushi on their menu, too.

For Tusconans, Prep & Pastry is often the first restaurant that comes to mind for brunch as it is an all-week, all-day brunch eatery. Prep & Pastry opened its first Tucson location in 2013 on Campbell Avenue near the University of Arizona. It’s been one of the many that have dominated the local brunch scene with its fun mimosas and cocktails, savory and sweet brunch items, and delicious baked goods. After opening a second location on Grant Road here in Tucson, a third location opened by Scottsdale Fashion Square in 2019. Like its two Tucson locations, the Prep & Pastry up north has a bright and inviting dining room and the same all-day brunch menu .

Plus, conveniently located next to an upscale mall, it’s the perfect place to grab a bite and mimosas before some retail therapy.

Vegan burger restaurant Beauty Burger has been serving Tucsonans from the MSA Annex at the Mercado District since 2018 and is now also serving Phoenicians.

Beaut Burger’s entire menu is vegan. From its nine different burgers to the Wry Reuben and Fooled Pork sandwiches, non-meat eaters can satisfy their cravings for a meaty meal while indulging in plant-based foods. Of course, there are naturally meatless sides such as French fries and coleslaw as well. Serving customers side-by-side with Beaut Burger in Phoenix is ​​Bristlecone, a dessert parlor that offers vegan soft serve and shakes with oat milk.

For something simple, you can choose between their chocolate, vanilla, or twist soft serve in a cup or their housemade waffle cone. If you are craving something more elaborate and indulgent, there are seven sundae options and seven shake options to choose from. Some of the shakes can even be made boozy with the addition of either whiskey or rum.

Bristlecone’s full dessert menu is not available in Tucson, but you can still get soft serve ice cream with your burger.

For more information on all locations, visit beautburger.com.

If you have lived in Tucson for any amount of time you are probably familiar with this iconic drive-thru. Known for its namesake frozen treat, Eegee’s was born in 1971 as a food truck selling frozen lemon drinks and sub sandwiches.

Fast forward to today, the restaurant has nearly 30 brick-and-mortar locations in Tucson, one in Casa Grande, and three in the Phoenix area with one more opening soon. The eegee flavors include lemon, strawberry, pina colada, skinny berry, and a rotating flavor of the month. If you are feeling adventurous, try the eegee fizz, which is the beverage mixed with your choice of soda, or the teagee — an eegee mixed with tea. Most recently, they’ve added a Macchiato Buzz, making it the restaurant’s very first caffeinated drink.

Other than its iconic frozen drinks, Eegee’s is also known for its original Ranch Fries. Crinkle-cut fries topped with housemade ranch dressing and bacon bits, this is the perfect side for any of the grinders or sub sandwiches. Truly, Phoenix is ​​lucky to finally have Eegee’s.

For more information on all locations, visit eegees.com.

As Phoenix is ​​known for its notoriously brutal summers, it is only natural that Tucson’s own hand-crafted ice cream, The Screameryfound its way to the Valley.

The shop makes its ice cream with only natural ingredients and places high emphasis on not using any ingredients one cannot pronounce. The Screamery changes up its offerings regularly and in each store there is a large blackboard that lists all the available flavors and their descriptions. For those desiring something fancier than a couple of scoops of ice cream, they have creations such as Ice Cream Nachos, a Banana Split, and the sharable Farmhouse, which consists of eight scoops of ice cream, cookie, brownie, butter cake, and unlimited toppings

You can find The Screamery now in Phoenix and Chandler, in addition to its four locations in the Tucson area.

For more information on all locations, visit thescreamery.com.

Barrio Brewing Company prides itself as the first 100% employee-owned brewery in Arizona. Located just outside of downtown Tucson, Barrio Brewing has been serving the locals for more than 30 years now.

The types of beer found at the brewery include an assortment of ales, IPAs, a lager, stout, and porter; the Tucson Blonde Ale/Barrio Blonde being one of its more popular brews. While you can enjoy its draft beer in its taproom, you can also purchase canned beer to go or find them in different businesses around Arizona. If you are seeking the Barrio Brewing experience in the Valley, there is a location in Mesa that also has a full menu.

If you are a burger connoisseur in the Phoenix area you have probably visited Zinburger, but did you know this elevated burger joint is from Tucson? This Fox Restaurant Concepts creation opened its first location in Tucson back in 2007 and had once expanded to the east coast. Today, all Zinburger restaurants can be found in Arizona; four locations in the Valley, including one in the Sky Harbor International Airport, and two in Tucson. Other than burgers, appetizers, and shakes, Zinburger offers a vast selection of beer, wine, and cocktails.

For more information on all locations, visit zinburgeraz.com.

Since 2020, Ni Hao Tea has been treating Tucson boba fanatics. On Saturday, August 6, the tea shop joined the many boba spots in Chandler, bringing their signature Fresh Taro Smoothie, Fresh Brown Sugar Milk, and Strawberry Matcha Latte to the Valley. 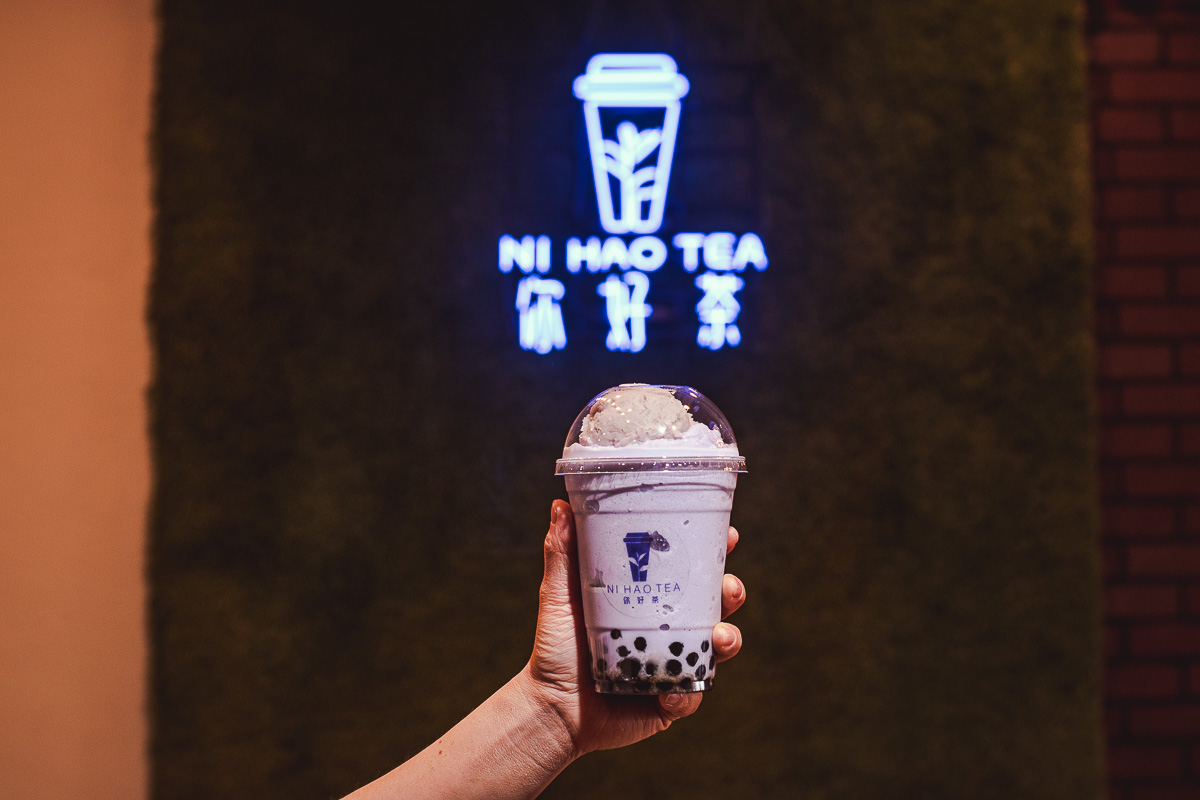 Its menu also features milk teas, fruit teas, and slush drinks, with new drinks added to the menu from time to time such as the most recent Creme Brulee Oreo Matcha. All locations offer a welcoming environment for patrons to hang out and enjoy their drinks.

For more information on all locations, visit nihaoteausa.com.