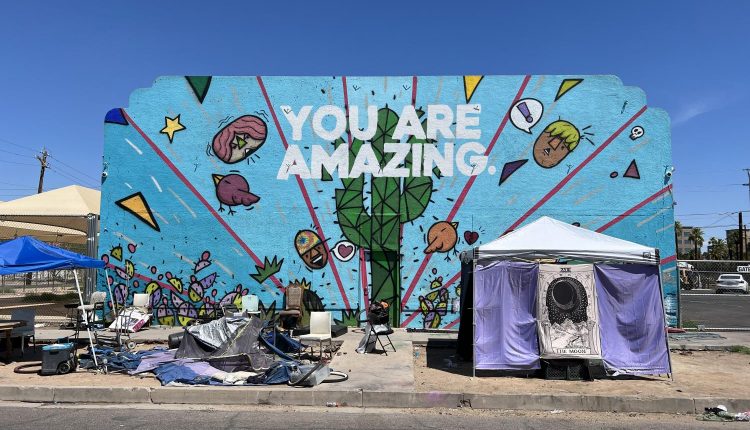 Hundreds of people have set up tents or built makeshift shelters out of crates and tarps in a Phoenix neighborhood commonly called “the zone.”

Earlier this month, residents and business owners filed a lawsuit against the city of Phoenix. They say city leaders aren’t doing enough to address a growing encampment of people experiencing homelessness. That growth has been explosive in the past year, as the number of unsheltered people living there has more than tripled.

Just a few blocks from Arizona’s Capitol building, the streets are lined with shopping carts, blankets and discarded furniture.

Hundreds of people have set up tents or built makeshift shelters out of crates and tarps in the area, commonly called “the zone.”

→ Arizona’s heat is becoming deadlier — and experts say the issue is homelessness, not climate

Talibah Salahuddin found a shady spot to park a cart that holds all of her personal belongings.

“We have to sleep on the ground and some of us don’t even have a cover,” she said.

Codiesha Hendrix is ​​also experiencing homelessness and living in the zone. She said no one should have to live in conditions like hers. 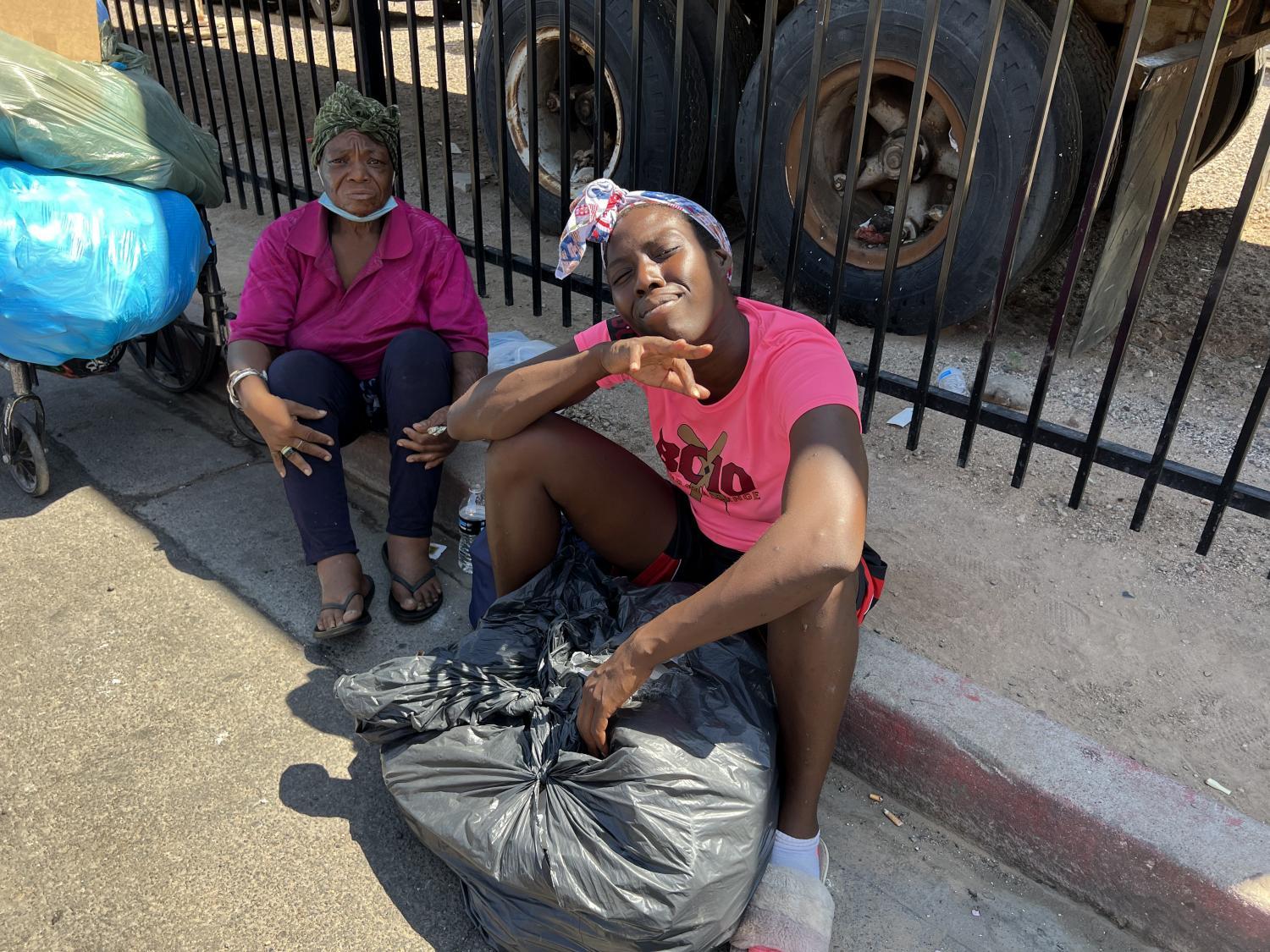 Talibah Salahuddin and Codiesha Hendrix sit on a curb outside Phoenix’s Human Services Campus on Thursday, Aug. 18, 2022. Both are experiencing homelessness.

Unsheltered people have been sleeping in the zone for years, but there hasn’t always been so many. Last July, about 250 people were camped out in the neighborhood. This summer, that number grew to more than a thousand.

Alberto Amaro works for a cleaning company that’s been hired to pick up some of the trash on the streets.

“It’s a little bit dangerous too,” Amaro said. “We’ve seen a lot of people get shot, get killed around here too. You just gotta be careful around here.”

Plaintiffs in the lawsuit against the city agree. They say the increase in people has led to more crime and littered the area with trash and human waste — not to mention the number of people who have died from sleeping outside in a place where daytime summer temperatures rarely drop below 100 degrees.

Karl Freund is one of the business owners involved in the lawsuit. He spoke to KJZZ’s The Show.

“It’s more of a humanitarian issue and I genuinely care about people and I can’t see people living in these types of conditions,” he said. “Whatever we’re doing now isn’t working. We’ve got to try something else.”

The suit says the city has not only failed to provide enough housing, but it isn’t enforcing ordinances that would make the area safer either. 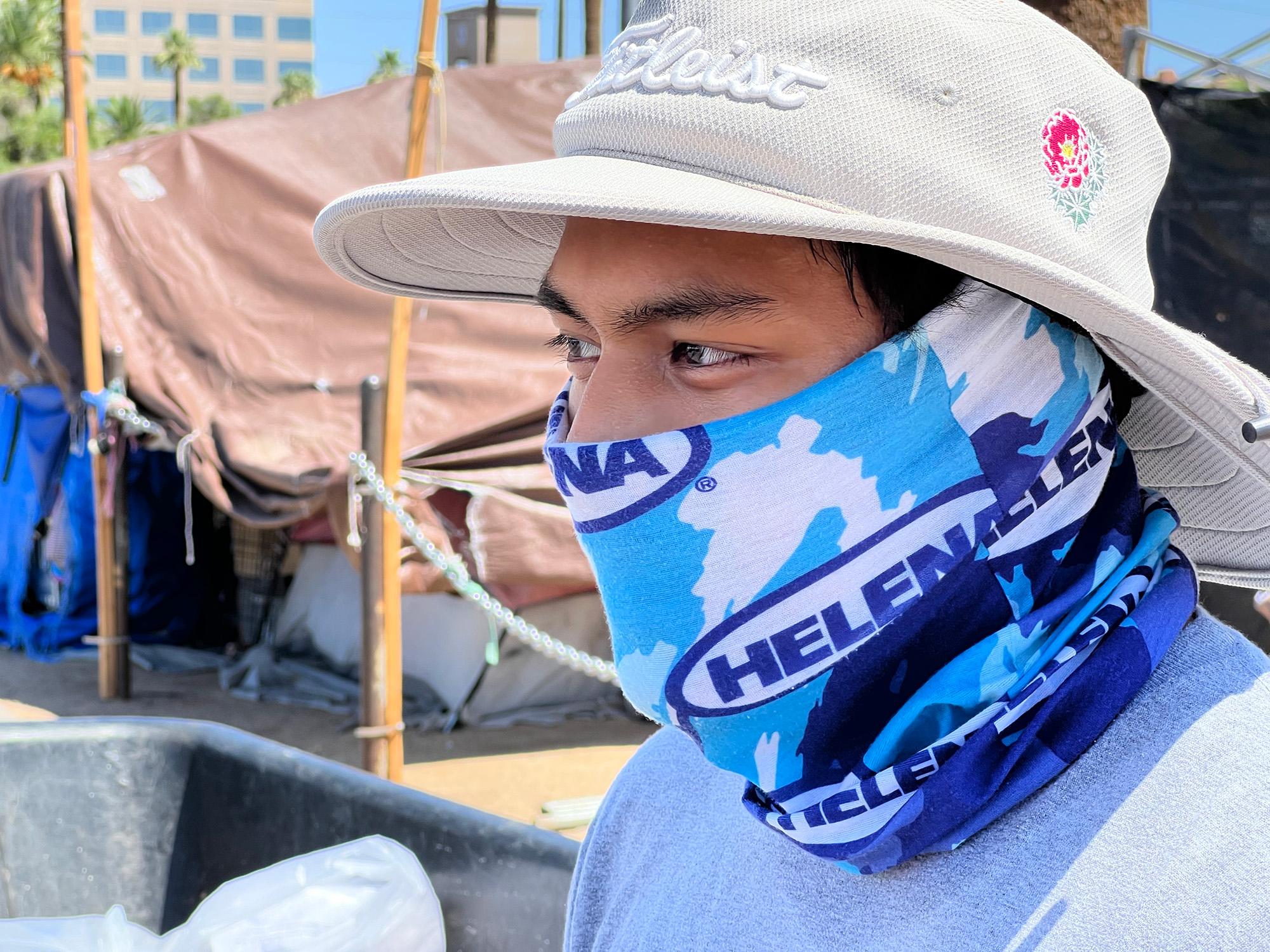 Alberto Amaro works for a cleaning company, picking up trash around “the zone.”

The zone surrounds Phoenix’s Human Services Campus, which offers a variety of resources to those experiencing homelessness. Amy Schwabenlender is the executive director there.

“We see this high number of unsheltered people living around us because they want to access all of those services, yet we can’t shelter everybody,” she said.

The campus has about 900 beds, but Schwabenlender said that’s not enough.

“We don’t have enough shelter beds in all of Maricopa County,” she said. ”So we can’t refer people to other places to go for shelter and services.”

Schwabenlender said a number of factors could be contributing to the increase, like rising rents, high inflation, and the end of pandemic-era eviction moratoriums.

“[The pandemic] has pushed people out of housing that they’ve had,” she said. “We’re seeing more first time homeless, people who’ve never been in this situation before and they don’t know where to go.” 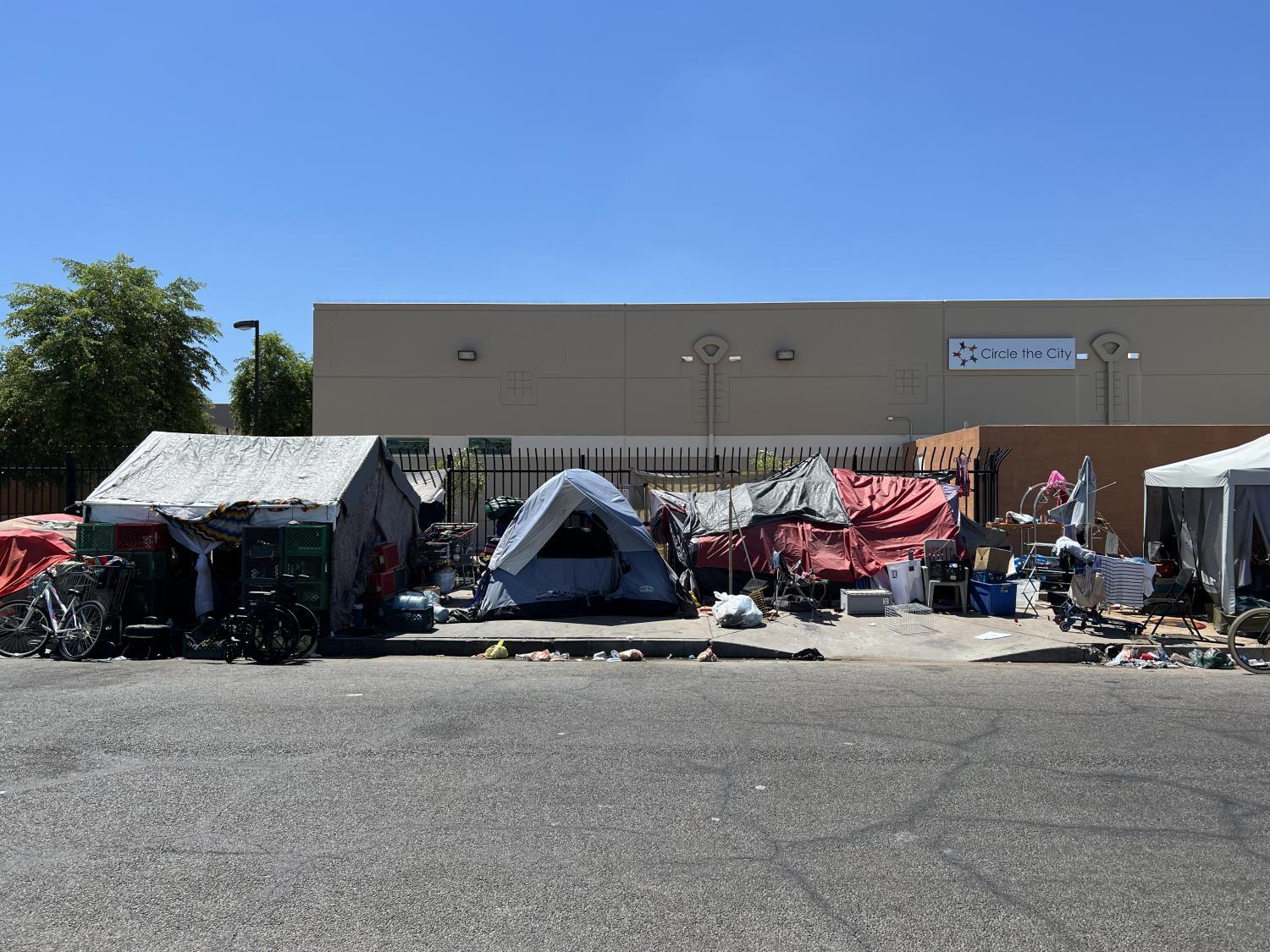 Hundreds of people have set up tents or built makeshift shelters out of crates and tarps in a Phoenix neighborhood commonly called “the zone.”

In a statement, the city said it “recognizes the challenges contributing to an increase in homelessness,” and pointed to the additional funding it’s allocated for homelessness programs.

Phoenix City Councilwoman Yassamin Ansari oversees the district where the zone is located. She highlighted some of the same efforts mentioned by the city.

“Last year, we spent about $50 million and this year, with our American Rescue Plan dollars, about $70 million on new shelters, transitional housing and bridge housing,” Ansari said. “We are still working to get those up and running.”

She said one of the bigger issues is if people don’t see the problem in their own backyard, they’re less likely to do something about it.

“I don’t believe that any neighborhood should face the brunt of Maricopa County’s homelessness crisis, which is exactly what is happening,” Ansari said.

She said they need support from other cities as well as more state and federal funds to tackle the crisis.

If there’s one thing all parties agree on, it’s that as long as a lack of resources exists, the zone will too.

After 39 years, French bakery on Tucson’s east side is closing | subscribers