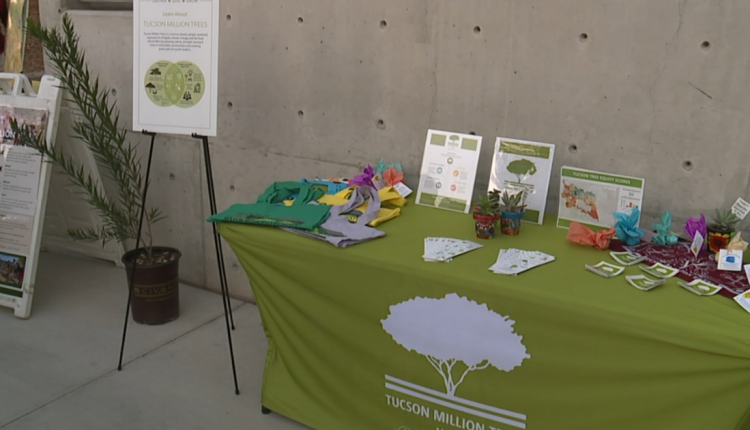 TUCSON, Ariz. (KGUN) — The Tucson Million Trees initiative has raised an additional $50,000 toward the city’s growing urban forestry efforts after a fundraiser was held at the Tucson Museum of Art Wednesday, Oct. 19

“We raised $50,000 last night thanks to the generosity of our community,” said Tucson Mayor Regina Romero. “This is a huge leap towards our goal of planting one million trees.”

The initiative is one of several components to the City of Tucson’s climate action plan, which also includes green stormwater infrastructure and investment in electric vehicle use.

Romero says planting one million trees in Tucson is part of the bigger picture in the city’s future, which she envisions as “equitable, climate resilient, desert city that thrives through conservation, investment and good policy.”

Adding trees to an urban landscape has a benefit to the overall health of the environment, helping reduce CO2 from the atmosphere, cooling the effects of the ‘urban heat island’ and preventing surface erosion and runoff. But the city’s approach to urban forestry isn’t only science-based: It also takes aim at societal inequities that can arise when some areas of a city are more forested than others.

Tucson’s ‘people-centered approach’ to the Million Trees initiative prioritizes vulnerable communities that could benefit from the mitigating effect trees have on climate change, and the environmental stewardship and green job opportunities that accompany tree-planting.

Two-pronged approach to the Tucson Million Trees information. The City of Tucson if focusing on science and people as it builds an urban forest.

“This funding is supporting Tucson Clean and Beautiful, our boots-on-the-ground partner helping to implement my vision of planting one million trees by 2030,” Romero said.

To date, the Million Trees initiative has raised more than $690,000, including the $50,000 raised at the Thursday night fundraiser. The fundraiser was a joint effort between the mayor and Mister Car Wash.

“We are proud to support the Tucson Million Trees initiative to help beautify and expand the much-needed tree canopy on the south side of the city while improving our watersheds so that we can help preserve one of our most precious resources,” said John Lai , Mister Car Wash CEO.

——-
Anne Simmons is a digital content producer for KGUN 9. Anne got her start in television while still a student at the University of Arizona. Before joining KGUN, she managed multiple public access television stations in the Bay Area and has worked as a video producer in the non-profit sector. Share your story ideas and important issues with Anne by emailing [email protected] or by connecting on Instagram or LinkedIn.