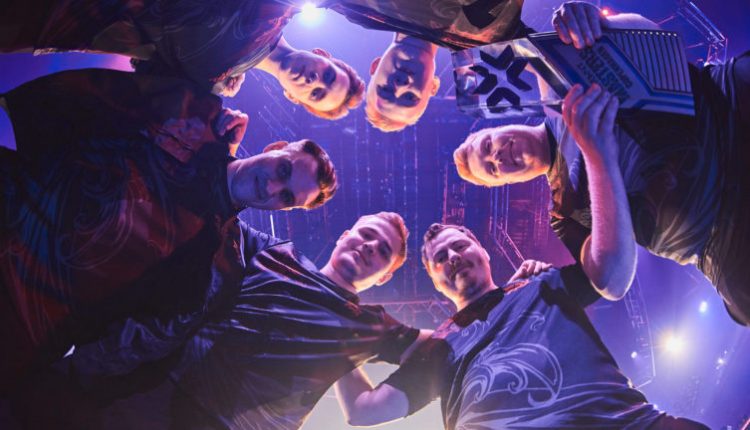 While FPX has qualified for both Masters events this year due to their explosive performance during EMEA’s Challengers series, they have struggled to attend the international events. Due to visa issues, FPX could not attend Masters Reykjavík, and they were without Dmitry “SUYGETSU” Ilyushin for most of Masters Copenhagen. SUYGETSU was able to join his team during their elimination match against Guild Esports, which was the start of the team’s lower bracket run to the finals.

Before entering the grand final, Paper Rex had had a perfect record against teams from EMEA with a 2-0 win against Guild Esports and Fnatic. But the opening map of Bind was quick to rewrite that narrative as FPX came out swinging. With a near-perfect first half, FPX was up 11-1 and on the brink of winning the first map. Paper Rex was able to earn back two round, but it was meaningless in the end as FPX closed out the map 13-3. Kyrylo “ANGE1” Karasov had a solid performance on Brimstone, walking away with a 2.25 KD despite having only played the agent six times in the past three months.

After handing over their own map pick, Paper Rex answered back by taking FPX’s map pick of Icebox. Once again, the 9-3 curse was thwarted as Paper Rex was able to close out their six-round lead in the second half 13-7 to tie the series 1-1. Despite the scoreline, the series was hard fought by both sides and throughout most of the map. With the series tied, both teams went to Fracture for the third map of the series, which Paper Rex had selected. Like with Bind, Paper Rex was caught off guard on their own map pick resulting in yet another loss for them. Both teams had been exceptional on Fracture during Stage 2, with FPX having a 8-3 record and Paper Rex 9-1 record before the grand final.

Paper Rex kept the trend of trading map picks by taking FPX’s map pick of Haven decisively to force a game five. Even with the score being tied 6-6 at the half, it was during the second half on defense that Paper Rex really took off. An almost flawless defensive half ended the map 13-7 in favor of Paper Rex. Wang “Jinggg” Jing Jie and Jason “f0rsakeN” Susanto held it down for their team on Raze and Chamber with 1.47 and 1.64 KDs, respectively.

Breeze would be the final map of the series, left oftener after the initial bans came through from Paper Rex as their constellation for coming from the upper bracket. Both teams came into the final map with different compositions from what they were used to, but paper Rex turned the most heads with their Yoru and Neon picks accompanied by double initiators in Fade and Breach. In the closest map of the series, FPX fought toe to toe with Paper Rex despite their bizarre composition. One kill after another FPX walked their way into a championship victory, taking the game 13-9.