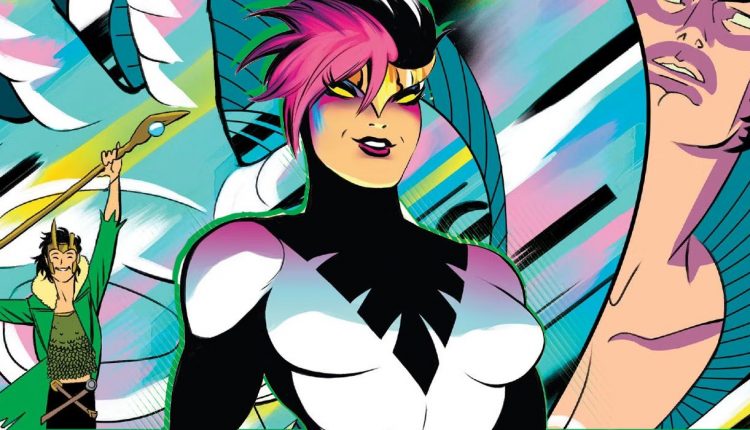 Galactus’s Mother May be The Most Dangerous Phoenix Force Host

The following article contains spoilers for Defenders: Beyond #2 on sale now from Marvel Comics.

The Phoenix Force is one of the oldest cosmic beings and most recognizable antagonists of the Marvel Universe. It has encountered multiple heroes, mostly notably Jean Grey, and has helped and hurt the multiverse since its debut. Now, it has found a new host.

In Defenders Beyond #2 (by Al Ewing, Javier Rodriguez, and VC’s Joe Caramagna), the iconic team, which now consists of more galactic members like Loki and America Chavez, go up against the sinister Omega Council. During the fight, the team is defeated, and when it looks like their fate is sealed, the Phoenix Force reaches out to one of the members Taaia, who merges with it. While this saves the Defenders, it could spell disaster for the known multiverse.

RELATED: Marvel Finally Reveals How the Phoenix Force Helped Give Birth to Thor

Taaia has only recently made appearances in the comics and little is known about her other than she is a talented scientist and engineer. However, long time Marvel readers are actually very familiar with her son – Galactus. Also known as the Devourer of Worlds, Galactus consumes energy from other planets as food and has caused the destruction of multiple worlds. Galactus was genetically engineered from Taaia, making him a true copy of her. Even though Galactus gained his omnipotence from merging with the Sentience of the Cosmos, he was still capable of ruin. Taaia may have that potential as well, and the Phoenix may bring out an untold power from within herself.

The Phoenix Force also has a habit of corrupting its hosts. The most infamous example is the aforementioned Jean Grey, who became overwhelmed with the Phoenix’s powers and eventually transformed into a terrifying force that jeopardized the entire universe. Jean Gray was always powerful without the Phoenix’s influence, but her abilities were limited. The Phoenix expanded those abilities all while giving her immortality, but at the risk of irredeemable corruption. Taaia may have only shown her intellect, but comic readers know that her genetics seem to have the potential to be corrupted by power.

On the other hand, there is always hope to stave the Phoenix off. It is possible to an extent as Jean Gray was able to overcome the influence enough to sacrifice herself to save her teammates. Taaia’s outward strength is her mind and her intellectual power may extend into wisdom. She may be able to keep her wits about her and fight back against the temptation that comes with being the Phoenix.

Also, the Phoenix’s unpredictability is an aspect of its character. There is a slim chance that it won’t latch on so tightly to Taaia as it did to Jean; as it had a special bond with her. For now, there is no way to know what Taaia’s future holds or what this means for her character. Readers must simply wait and see whether the mother of Galactus is as great a threat to the universe as her future son.