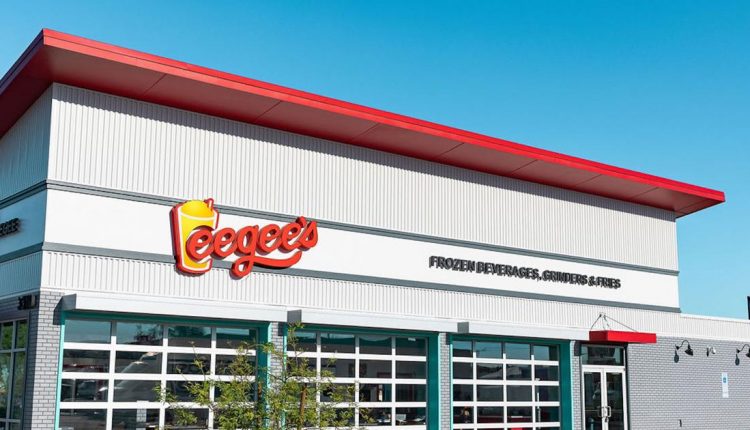 If your vacation plans call for a trip to Austin, Texas, you will find a few familiar restaurants among its bustling dining landscape.

The Texas city of just over a million also has a North Italia, which was conceived in Tucson back in 2003, and is home to former Tucson restaurateur Kevin Fink’s New American grain-obsessed restaurant Emmer & Rye.

Fink, who helmed the kitchen at Zona 78 for several years before moving to Texas in 2015, won a James Beard Award for Best Chef Texas in 2020 for Emmer & Rye, where Fink employs Arizona heritage grains like the White Sonora Wheat in his dishes.

Whether you’re planning a trip to the beaches of San Diego or a long weekend in the Phoenix area, you will find restaurants with Tucson fingerprints.

A cool move to a hot spot

Nothing says Tucson quite like Eegee’s, home of the namesake iced fruit drinks, submarine sandwiches and fries that you dip in what many will swear with their last breath is the best ranch dressing in the known universe.

The chain, with some 30 restaurants in the greater Tucson area and a single location in Casa Grande, is now bringing that Tucson taste and vibe to Phoenix.

In the past year, Eegee’s has opened five Phoenix-area locations, two of them just last week, bringing the chain to 35 locations.

It’s a return to the Phoenix market for the company, which was born in Tucson as a food truck in 1971 and quickly became a tradition here before attempting to expand to the Valley in the 1980s. The company stayed in Phoenix less than a decade before retreating to familiar ground.

But when the investment firm 39 North bought the Tucson chain in 2019, the company’s founders and new owners said the goal was to give the Phoenix market another go and grow the brand statewide and beyond.

“There’s really not a product out there like it,” newly seated CEO Jason Vaughn said. “It really is unique. All the other brands get to come to Tucson and Arizona and my thought is why not take this brand (to other states).”

Vaughn, a 30-year industry veteran who assumed the top job last month, said Eegee’s will add as many as seven more Phoenix area locations in the next year and two in Southern Arizona — one in Sahuarita and one on West Ajo Way off Interstate 10 — before setting its sights most likely toward New Mexico and Texas.

The concept could expand from there, said Vaughn, whose career has included executive positions with Yum Brands and Wendy’s. He was CEO of the Cincinnati-based Frisch’s Big Boy Restaurants for five years before signing on with Eegee’s.

Vaughn said he has gotten requests from people all over the country to open up in their hometowns, which he said is likely coming from University of Arizona alumni or people who have Tucson ties.

At Obon on Congress in downtown Tucson a rainbow poke bowl and tuna poke bowl are fixed with toppings like cucumbers, jalapeños, and seaweed. The tuna poke bowl is the most popular poke option at Obon.


Sunnyside up and sushi in Scottsdale

Prep & Pastry made the move into the Scottsdale market in late 2019, the same year the restaurant’s six-year-old flagship moved down Campbell to bigger digs at 2660 N. Campbell Ave. Principal owner Nathan Ares said the Scottsdale restaurant opened months before the pandemic and it took a bit for folks to discover the restaurant known for its inventive blend of sweet and savory breakfast fare. It took notice from the Phoenix New Times, which named Prep & Pastry the valley’s best brunch spot in 2021, for the restaurant to truly take off.

Prep & Pastry is exploring opening a second Valley location, this one in Gilbert.

In addition to Prep & Pastry, Ares and his partners also own Flora’s Market Run, which they opened in the old Rincon Market at 2513 E. Sixth St. in April 2021; August Rhodes Bakery inside Flora’s; and the upscale foothills restaurant Commoner & Co., 6960 E. Sunrise Drive.

The 7-year-old Obon at 350 E. Congress St. was barely two years old when the owners took their show on the road to Scottsdale in 2017. It was such an immediate hit that Obon expanded its footprint in Scottsdale, opening a second location in The Grove at McCormick Ranch. Obon was one of the shopping center’s first tenants.

In March, Obon launched a new sushi/ramen concept, the upscale Obon Bisutoro at the Biltmore Fashion Park in Phoenix.

Pizza and a beach

“And I think there’s some truth to that. If you do OK in Tucson, you are going to do well in other states,” said Tenino, chef-owner of the upscale foothills restaurant Tavolino Ristorante Italiano at 2890 E. Skyline Drive.

For nearly 20 years, Tenino’s restaurant has served up fresh-made pastas and traditional Italian dishes from spaghetti to lasagna and Milanese rack of veal to braised beef short ribs to diners who didn’t mind waiting 20 to 30 minutes for a table.


The restaurant also has a wood-fired pizza oven, where Tenino created modestly simple pies much in the tradition of his native Italy.

The restaurant has earned mostly four- and five-star Yelp reviews, and Isola’s business manager responds to every one — whether the review is positive or negative.

In 2017, Tenino expanded Isola’s footprint when he opened a second location in the posh San Diego neighborhood of La Jolla.

Rochester, New York, in the western part of the state, is just over 2,300 miles from Tucson.

But smack in the middle of Rochester — home to Xerox and Eastman Kodak and the prestigious conservatory Eastman School of Music — Marana native Joe Zolnierowski IV is introducing Western New Yorkers to Tucson at his 4-year-old restaurant Old Pueblo Grill.

No, it is not related to the long-closed Old Pueblo Grille in Tucson, nor is it an OPG knockoff, although the only people who ever question Zolnierowski on that point usually have Tucson ties.

Zolnierowski’s Old Pueblo Grill is a haven of all things Tucson, from the colorful iconic Día de los Muertos mural taking up one wall alongside photos of cacti and Tucson’s skyline and a menu of street tacos inspired by the Marana High School grad’s childhood and teenage memories.

“I basically took a little of who I am as a chef and the majority is the stuff I used to eat at 2 o’clock in the morning dispersed throughout Tucson, from El Guero Canelo to Nicos,” Zolnierowski said. “Basically it’s things I grew up with and I really enjoyed eating and I tried to bring them out here and try to be as honest as I could about it.”

Joe Zolnierowski IV, one of the owners of Old Pueblo Grill, imports his chile sauce and spice for the restaurant from the Santa Cruz Chili & Spice Co. in Tumacacori.


Zolnierowski said the dishes are close to the real deal Tucson Mexican fare as he can get given that he doesn’t have access to some of the authentic ingredients. He attempted early on to import tortillas from Tucson’s La Estrella Bakery, but the cost of shipping and the time it took to arrive in New York were deal breakers. He does import chile sauce and spices from Santa Cruz Chili & Spice Co. in Tumacacori, he said.

In the fall, Zolnierowski hopes to open a second location of OPG in the Rochester area. That restaurant will feature a mural of the downtown Tucson cityscape.

“Every location that I hope to do is to bring back memories of my own,” said the 40-year-old father of one, who added that the restaurant gets a lot of travelers from Tucson and Phoenix.

Colorado’s Efforts Are Not Enough to Solve Its Ozone Problem