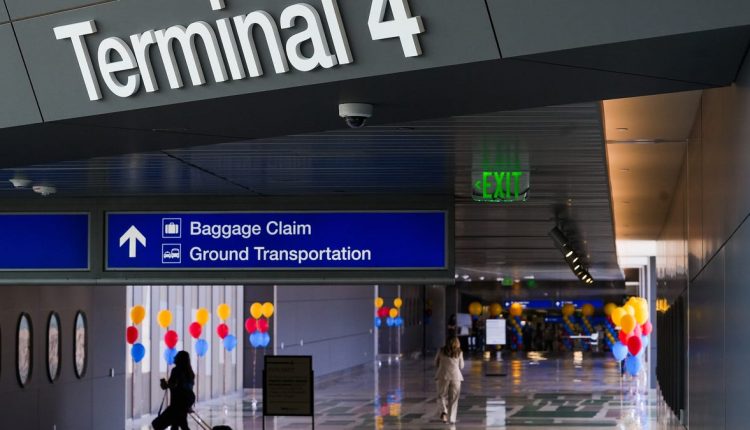 Get to the Phoenix airport without a car: Uber, taxi, shuttle

You’re about to go to the Phoenix airport to kick off your vacation, but don’t want to pay $14 a day for parking in an airport garage.

Or you might be in town on vacation or business and getting around without a rental car.

No worries. You’ve got options for getting to and from Phoenix Sky Harbor International Airport without using your own car.

Depending on your mode of transport, your flight schedule and where you are in the Valley, a taxi, Uber, Lyft, train or bus ride can be more economical than self-parking. And there’s an unexpected option that’s free. But it’s not for everyone.

Real ID update: When you’ll need it to fly, how to get one and what you can use instead

Rates for the three companies are the same regardless of number of passengers and number of bags: $5 for the first mile and $2.30 for each additional mile, with a minimum fare of $15. Each hour of a traffic delay is $23.

Taxis offer a $17 flat rate to downtown Phoenix within the boundaries of Roosevelt Street to the north, Lincoln Street to the south, Seventh Avenue to the west and Seventh Street to the east.

New gates:Southwest Airlines gets its own concourse in Phoenix. Here’s what’s in it for passengers

Uber and Lyft can sometimes be a better value than a taxi, depending on where and when you’re going.

But rideshare fares vary widely based on time of day and other conditions. A fare check on a Wednesday afternoon showed a range of $20.72 to $51.15 for a ride from Sky Harbor to downtown Phoenix at 3:30 pm

Exclusive:California cruises are back. Should Arizonans fly or drive to get there? How to decide

The airport’s PHX Sky Train intersects with Valley Metro’s light rail station at 44th and Washington streets in Phoenix. People who live along the light rail can use that as an alternative to driving or getting a ride to the airport.

To make the connection to the airport, get off the light rail at the 44th and Washington station and then board the Sky Train shuttle for the brief ride to Terminals 3 and 4.

You can also have someone drop you off and/or pick you up at the station instead of the terminals, so they don’t have to deal with airport traffic.

Be aware that Valley Metro park-and-rides don’t allow parking longer than 24 hours, and violators are subject to ticketing and/or towing.

Valley Metro also has two bus routes that serve Sky Harbor: Route 13, which stops near the operations building west of Terminal 3; and Route 44, which connects with the airport via the PHX Sky Train station.

Fares for the light rail and bus are $2 for a single ride and $4 for a day pass. You can buy them at the station. Multiday passes can be purchased at the station or online at valleymetro.org.

Getaway:This resort tucked in the mountains was named No. 1 in Arizona. Here’s why

If you’re staying in a hotel close to Sky Harbor, it probably has an airport shuttle. Shuttles are typically complimentary and offer rides from the hotel to the airport. Some also offer transport from the airport to the hotel.

A sampling of Phoenix hotels with airport shuttles include:

One hotel with an airport shuttle, Crowne Plaza Phoenix Airport, is also across the street from Valley Metro’s 44th Street/Washington light rail station.

Contact your hotel for specifics on its shuttle service.

Bicycling to the Sky Train station

Yes, you can ride your bike to Sky Harbor.

In fact, the PHX Sky Train station at 44th Street has racks and lockers where cyclists can store their bikes before boarding the Sky Train to the terminals.

If you’re traveling with lots of luggage, bicycling to the airport is not practical.

But if you travel light and live nearby, it could be a cheap option. Make sure you’re confident that you can ride your bike safely with whatever bags you’ll need. Some types of bicycles, like cargo bikes, can handle small bags.

Bike storage at the 44th Street station is first come, first served. There’s no charge to use a rack or locker. Per Sky Harbor’s website, “locks left on the rack will be removed and disposed of after five days. Locks on the bike lockers must be securing a bike or they will be removed.”

‘So Rudderless’: A Couple’s Quest for Autism Treatment for Their Son Hits Repeated Obstacles