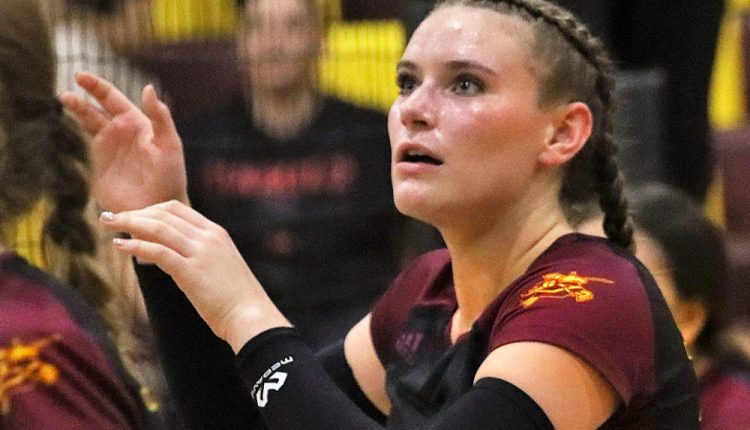 The Lancers are coming off a semifinal finish after winning the 4A state championship in 2020. It was the sixth semifinal finish since 2015 that included state championships in 2016 and 2017 to go along with the 2020 title. Six seniors graduated from last year, including Emma Hugeback and Jalynn ransombut Frankie Pieroni returns for her senior year at the net and Megan Muehlebach returns to anchor back row play. The Lancers also return a crew of standout setters in junior Sophia Hernández and seniors Sophia Marquez…..

Named one of “Arizona’s Heart & Sol” by KOLD and Casino del Sol, Andy Morales was recognized by the AIA as the top high school reporter in 2014, he was awarded the Ray McNally Award in 2017 and a 2019 AZ Education News recognition. He was a youth, high school and college coach for over 30 years. He was the first in Arizona to write about high school beach volleyball and high school girls wrestling and his unique perspective can only be found here and on AZPreps365.com. Andy is a Southern Arizona voting member of the Ed Doherty Award, recognizing the top football player in Arizona, and he was named a Local Hero by the Tucson Weekly for 2016. Andy was named an Honorary Flowing Wells Caballero in 2019, became a member of the Sunnyside Los Mezquites Cross Country Hall of Fame in 2021 and he was a member of the Amphi COVID-19 Blue Ribbon Committee. He earned a Distinguished Service Award from Amphitheater and he was recognized by the Sunnyside School District and by Tucson City Councilman Richard Fimbres. Contact Andy Morales at [email protected]

AZ Big Media Phoenix No. 2 in the US for cutting prices on home listings