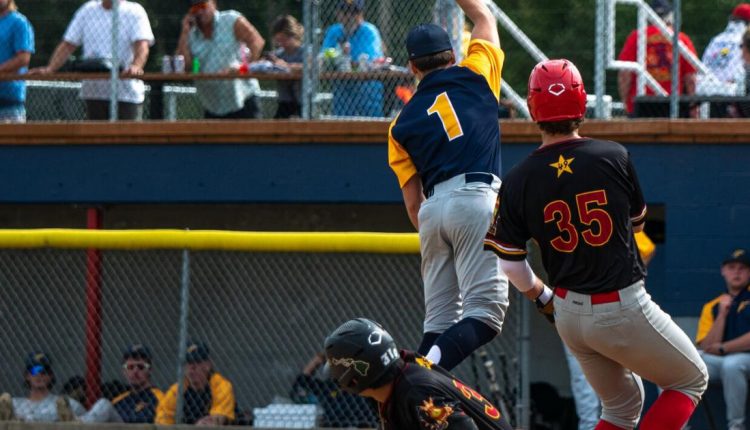 An Alaska Goldpanners regular season that began with the odds of a tie game wrapped up, fittingly, with another split decision.

In between that tie and a loss in the nightcap of a doubleheader, the Panners put together 30 victories. That provides more than enough wins to call the season a success and affords the team plenty of momentum — having won 17 out of their last 20 — to build on at the Marshall Gates World Series starting Tuesday in the greater Salt Lake City area.

Garrett Maloney pitched six strong innings, giving up just one run on four hits while walking one and striking out three to lead Alaska to a 9-1 victory in Saturday’s first game.

In the nightcap it was the Star Chasers’ Derek Atkinson who kept the opposition handcuffed. The right-hander who just finished his freshman year at Southwestern Oregon Community College allowed just two runs on five hits while striking out seven as Flagstaff won its first game of the six-game series, 5-2.

The win gave Atkinson an opportunity to show Fairbanks baseball fans what he was truly capable of after he struggled in two innings during Tuesday’s opening game of the series, allowing eight earned runs on seven hits.

In contrast, Maloney’s contributions have been well-documented in the since he arrived two weeks ago. The College of Southern Nevada freshman pitched a 2-0 record in three appearances with a 2.57 ERA over 14 innings.

“I relied more on my fastball and not so much my offspeed pitches,” he said after the win. “My two-seam was running well and I felt really confident.”

Additionally, Maloney recognized the value of being able to go six innings — his longest outing of the season — as rest before and during next week’s tournament is invaluable.

“Our relievers are tired,” Maloney said. “But being able to go six innings definitely proves to us (as pitchers) that no matter who the opponent is in the other dugout, if we play our ball, we’ll put up the runs and get the puts to take the win. ”

Blake Hiraki again provided the hot bat in the opener, going 2-for-2 with three RBI and two runs scored. He singled and scored in the second inning; drove into Brock Kleszcz in the third with a sacrifice fly to left field; and had a two-RBI single in his final plate appearance in the fifth to score Kleszcz and Caleb Millikan.

West Valley High School graduate Andrew Troppmann was 0-for-1 in a pinch-hitting role in the opener.