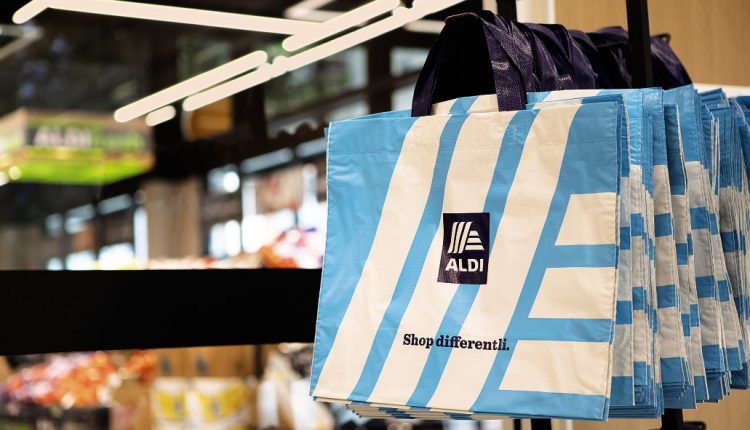 The new store at 14th Street and Bell Road, the second for Phoenix, is open for business but will officially celebrate the grand opening Thursday. A ribbon-cutting is scheduled for 7:55 am

Shoppers can enter a sweepstakes for a chance to win a $500 Aldi gift card.

“We have served this community for more than two years and are excited to continue to offer Arizona residents an affordable way of shopping,” Tom Cindel, an executive with the company, said in a recent press release.

Aldi has set its sights on becoming “the country’s third-largest grocer” by the end of the year with an aggressive plan to launch 150 stores.

Supermarket News already ranked Aldi the third-biggest chain in America in summer 2020 with 2,070 stores, behind Kroger (parent company of Fry’s Foods with 2,742) and Albertson’s (2,277).

The store operates daily from 9 am to 9 pm Shoppers can place order online via Instacart and curbside pickup and delivery are available.

The move into the Valley began in 2020. There are now stores in Buckeye, Chandler, Gilbert, Goodyear, Mesa, Peoria and Queen Creek.