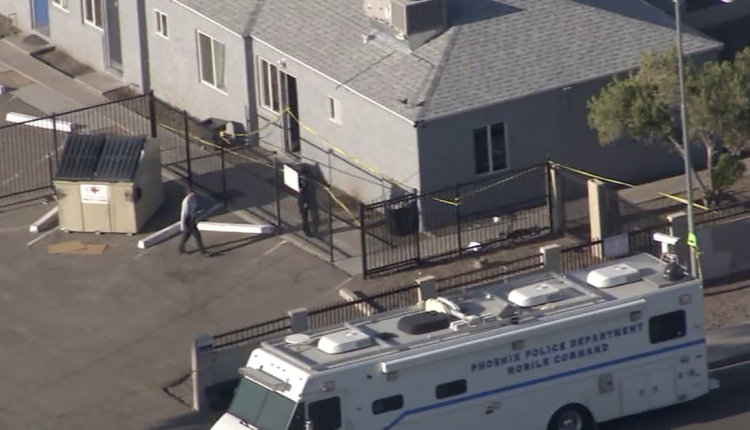 Group home shooting in Phoenix is ​​not the first

PHOENIX — Phoenix police officials confirm a shooting at a group home in Phoenix is ​​not the first as multiple people were shot about 18 months ago.

Back in February 2021, officers responded to a shooting at the same address for the North Star Independent Living Services where multiple people were shot.

Early Thursday morning, a “young adult” was shot and as of Friday afternoon was still listed in extremely critical condition.

A 17-year-old has since been arrested and faces charges of aggravated assault and related weapons charges.

Neighbors tell ABC15 they have been calling for changes, “we’re tired of it,” said Jasmin Garcia, “I want to get the whole community and start to make banners and ask them to move out of here, we’re sick and tired of this.”

A former employee of a group home is concerned with the youth foster system put in place to help teens and younger adults is ‘failing’ after that young adult was shot Thursday morning.

Kent Miller tells ABC15 that he left his job at the North Star Independent Living Services several weeks ago and has filed concerns in the past to authorities as he’s a mandated reporter.

“The whole system is failing and someone has to see that,” he said. “Something has to be done.”

The former employee shared a letter he gave to management earlier this year about concerns on site.

Several current and former employees have alleged there are consistent instances of drugs, alcohol, fighting, stealing and guns on campus.

The letter dated the end of March questioned why nothing more is done about the drugs, alcohol, disrespect, and these teens not doing basic chores like taking out their trash, dishes, or other life-long skills to learn before adulthood.

The facility is licensed by the Department of Children Safety for 46 beds, and the provider North Star Independent Living Services has staff on site.

“I do believe there is a lack of support from DCS, and that we are not holding residents accountable for their actions, and because we are not, other residents are jumping on the bandwagon because they know what they can get away with,” it read in part, “holding residents accountable for their actions should reinforce that we do care about them, and in the real world this behavior is not tolerated.”

Miller said there are good kids at this facility, and there are success stories, some of them he still keeps in touch with to this day.

He tells ABC15 that these teens, ages 16 to 20, are brought to the home for different reasons, from behavioral reasons to there being no other places for them to go.

“No one cares about the kids, at all, there’s no accountability on the management,” said Miller, “staff can write reports, but staffs getting burned out writing same reports on something and don’t see progress on something.”

Miller said he has tried to be there for them, but he left about three weeks ago because of concerns about changes not happening, and what he describes as a lack of accountability, “if they want to stay open, and they’re allowing people to smoke pot in the rooms, and alcohol, at 16 and 17, somehow parents should know if someone took my child from a place because I couldn’t handle them, and they’re going there, all those parents should be in an uproar .”

Contract records show that North Star Independent makes $135 to $200 a day per kid depending on the level of ‘trauma’ they are given.

The campus off Mountain View Road is licensed for 46 beds.

ABC15 reached out by phone, and email for comment, but no response.

Public records show the principal address for the company is in Scottsdale. ABC15 went to the address which was an upscale residential home in Scottsdale.

A person in the garage would not confirm or deny they were the company but asked how the young man from the group home was doing, saying ‘it’s heartbreaking.’

Reach out to reporter Nicole Grigg at [email protected]