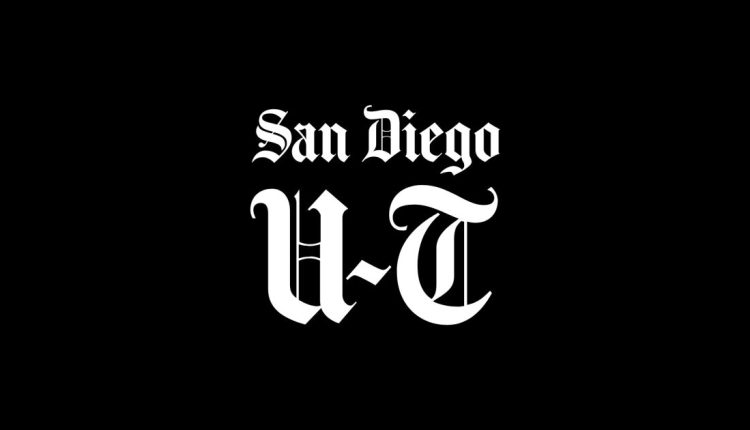 A hockey puck can do some funny things.

On Wednesday night, those things did not go the way of the San Diego Gulls, who lost 3-1 to the Tucson Roadrunners at Pechanga Arena.

The Gulls finished with a 31-27 advantage in shots on goal and were hunting for the game’s tying score in the final two minutes, 24 seconds after Benoit-Olivier Groulx scored his fifth goal of the season but were unable to cash in.

Tucson’s Ben McCartney and Jan Jenik scored first-period goals on shots that came off deflections and the Gulls had at least three shots glance off the goal frame.

Both teams went 0-4 on the power play.

The visitors led 2-1 after Groulx’s score and closed it out on Jean Sebastian Dea’s empty-netter with one second on the clock.

“At the end of the day, it came down to bounces,” Gulls forward Justin Kirkland said. “The two goals we gave up went off our guys. So that was frustrating. Then we created a lot of chances, a lot of odd-man rushes. We were right there. A couple bounces go the other way, it’s a different outcome.”

The Gulls, who were coming off a 6-1 home victory over Grand Rapids Saturday night, have yet to earn consecutive wins this season and dropped to 2-6 at Pechanga Arena.

Tucson opened scoring at 6:55 of the first period when McCartney gathered a rebound that deflected off a San Diego stick directly in front of the goal mouth, where he stuffed a puck past Dostal’s stick.

Jenik made it 2-0 visitors at 11:54 of the first when he sliced ​​in from the right circle and ripped a shot that made it through traffic and glanced off a stick — before beating Dostal glove side.

The Gulls nearly got on the board first for the time with just over two minutes remaining in the first but Groulx and then Rocco Grimaldi were stuffed on breakaway shorthanded attempts by Prosvetov, who spread out to snuff Grimaldi’s rebound attempt.

San Diego produced more decent scoring chances late in the second on shots from Josh Lopina and Glenn Gawdin but again could not get one past Prosvetov.

Gawdin had a shot glance off the crossbar at 2:25 into the third period and Grimaldi made a steal and then had a wicked shot clang off the post three minutes later.

It was that kind of night for the Gulls, who were unable to generate a clean scoring chance even after back-to-back Tucson penalties gave them 48 seconds of a five-on-three advantage with just over eight minutes to play.

Coach Roy Sommer pulled Dostal with 3:10 remaining for an extra skater and that’s when the Gulls finally broke through. Groulx tapped home a rebound with 2:24 on the clock for his fifth goal of the season.

Gawdin had one more clean scoring chance but his slap shot with one minute remaining was smothered by Prosvetov.

Defenseman Austin Strand returned to San Diego after a five game call-up with the Anaheim Ducks and was in the lineup paired with Luka Profaca.

◆ The Gulls and Roadrunners meet seven more times this season with the next matchup coming Dec. 17 at Pechanga.

Carter is a freelance writer.