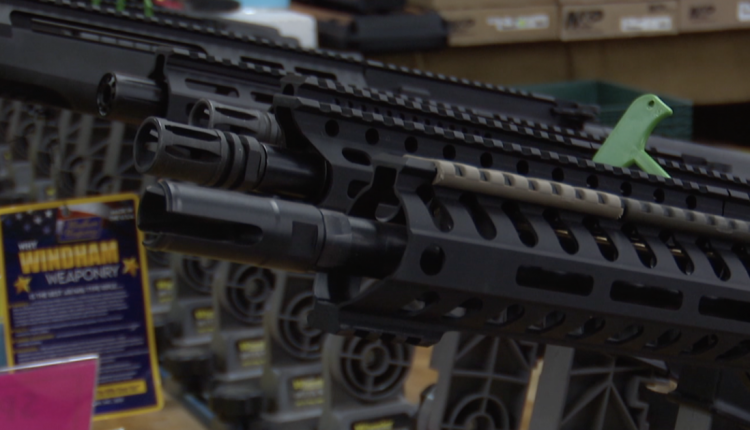 TUCSON, Ariz. (KGUN) — Mike Reber says he’s one of the largest gun dealers in Arizona. His shop is in Gilbert, but he gets a lot of business at gun shows in Tucson, especially this weekend.

Data from the National Library of Medicine shows that gun sales increase after mass shootings and legislative changes.

“In light of recent events, I think it’s the smartest thing to do,” said Regis Wiegand, a first-time gun buyer. “Protection and I don’t know what the future holds.”

Those at the show say regulation wont end the violence.

“Philadelphia, LA, New York, they all have very strict gun control laws and there are still people getting killed every weekend,” Reber said.

On the other side of town, Tucsonans gathered at a campaign event for the reelection of Senator Mark Kelly. Kelly has been an advocate for gun control since his wife, former congresswoman Gabby Giffords, was targeted in the January 8th mass shooting.

“The only country that has the problem we have with gun violence is us, and it’s because of the gun that’s the common denominator,” said Nancy Bowman, a January 8th shooting survivor.

Although Kelly made no mention of gun control in his speech to the crowd, many there wore orange in honor of gun violence awareness. That includes Nancy Bowman, another survivor of the January 8th shooting.

Bowman is hopeful that change will start with Senator Kelly’s reelection.