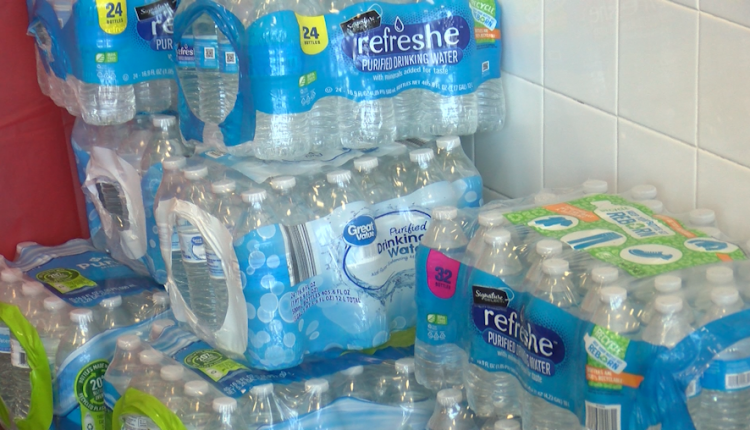 The event was originally created back in 2012, and has since donated over four million water bottles to first responders across the country – 13 On Your Side’s Luis Lopez reports

YUMA, Ariz. (KYMA,KECY) – As temperatures remain blazing throughout the Desert Southwest, Firehouse Subs is once again hosting its ‘H20 for Heroes’ event.

Giving the Yuma community a chance to give back to local first responders.

Firehouse Subs manager Christina Gonzalez says the event is all about helping those who need it.

“It’s just all about giving back, and you know they give back to us so we want to give back to them,” Gonzalez said.

It’s all part of a nationwide event for the sub chain.

The process is simple, bring in a 24 pack of bottled water, and get a free sandwich in return.

Yuma resident Jasmine Jackson and her family brought in two packs of water.

She says she also just wanted to lend a helping hand.

“Free sandwich, and it’s a good cause, you know it’s so hot, and you know, everybody needs water so I thought, why not,” Jackson said.

All the water donated will be going back to local firefighters

The packs couldn’t come at a better time, as temperatures are expected to remain in triple digits in Yuma for the foreseeable future.

The annual drive was originally created back in 2012, and has since gotten over four million water bottles to fire departments across the country.

“It’s good, it’s good to see the community is willing to help out and everything, it’s exciting,” Gonzalez said.

Nature Notes: A drying world, from Flagstaff to Hart Prairie — and then there’s flooding | Local