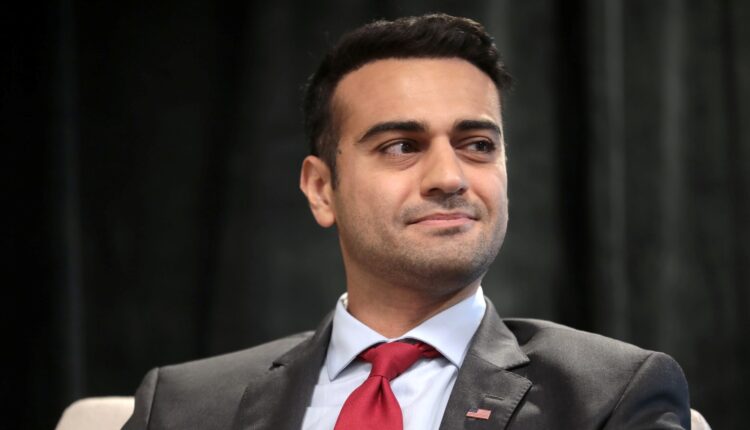 Hamadeh’s lawsuit lacks evidence and facts, should be rejected

Republican Abraham Hamadeh’s lawsuit requesting that the election he lost be overturned has no leg to stand on and should be rejected by the court, said Secretary of State Katie Hobbs.

“(This) election contest is little more than a claim in search of a factual basis,” Hobbs’ attorney, Andy Gaona, wrote in a motion asking a judge to reject the election challenge.

The contest, filed last week in conservative Mohave County, alleges that election errors across the state resulted in thwarted votes for Hamadeh and illegally accepted votes for his opponent, Kris Mayes, ultimately leading to his 511-vote loss in the race for Arizona attorney general.

But, Gaona said, rules for election contests are strictly defined under state law. If a contest claims that misconduct occurred, votes were erroneously counted or illegal votes were cast, as Hamadeh alleges, then the lawsuit must prove that each of those things happened intentionally and they changed the results of the race.

Central to Hamadeh’s claims is that Election Day confusion in Maricopa County, caused by issues with on-demand ballot printers, led to hundreds of uncounted votes. Poll workers, the lawsuit alleges, failed to check out voters from polling sites experiencing issues — and when these voters traveled to a second voting site, they were denied ballots or issued provisional ballots that were left uncounted because they were logged into the system as having already voted.

Gaona rebutted that Hamadeh’s lawsuit failed to prove that these errors were intentional misconduct and not just mistakes.

“Like all elections that came before it and all elections that will follow it, this election was not perfect — after all, elections are administered by humans,” he wrote. “But that is emphatically not a reason for this Court to thwart the will of the people as expressed at the ballot box.”

Hamadeh’s own lawsuit claims that just 395 voters were affected, which doesn’t amount to enough votes in his favor to flip the race, even assuming that all of those votes were cast for Hamadeh, Gaona added.

Hamadeh also claimed there were problems with adjudicated and duplicated ballots, in which a voter’s intent is determined by election workers when the original ballot was too damaged or illegible to be read by tabulation machines. Hamadeh claims that both processes are to blame for incorrectly counted votes, basing his argument on adjudication rates from the 2020 election and one duplication error found in a hand-count audit for the governor’s race in Maricopa County this year. Notably, the lawsuit doesn’t offer any conclusions on how many ballots, exactly, were erroneously counted.

Gaona slammed these arguments as lacking any real evidence, saying that speculation and drawing conclusions from a few handpicked cases don’t constitute a valid defense.

“If fanciful allegations of this sort could support an election contest claim, every election would be subject to challenges by anyone unhappy with the result,” he said. “Election contests must rest on facts, not mere suspicion and conjecture.”

The remedies that Hamadeh’s lawsuit asks for are outside the scope of what the court can provide, attorneys for Hobbs said. Among his requests are that voters who were affected by Election Day issues in Maricopa County be allowed to cast provisional ballots that will be added to the final tally, and that allegedly illegal early ballots be excluded.

The latter claim rests on the reasoning that Mayes garnered votes from early ballots whose signatures were verified against election documents beyond the voter’s registration form, such as early ballots from previous elections. While Hamadeh claims that practice is illegal and should disqualify those ballots, state law was changed in 2019 to explicitly allow the use of election records beyond the voter registration form.

The court has no authority to create an essentially new election, Gaona said, and it could lead to a fraudulent outcome, given that the margin between Mayes and Hamadeh is public and Hamadeh’s suit doesn’t state how many voters should be granted a new provisional ballot.

“Allowing a self-identified subset of the electorate an opportunity to essentially cast their votes after the fact — once the gap between the candidates is known — would be a dangerous experiment that would amplify the potential and incentives for dishonesty and manipulation,” he wrote.

And discounting allegedly illegally verified ballots would be an impossible task. Counties simply don’t keep data on which signature from which election document was used to validate early ballots, Gaona said.

Hamadeh’s lawsuit, Gaona continued, lacks the factual basis necessary to be considered a valid election challenge and serves only to advance unsubstantiated claims that cast doubt on the integrity of elections in the state.

“An election contest must rest on facts…not wild speculation aimed at undermining the work of Arizona’s election officials,” he said.

This is the second motion to dismiss filed against Hamadeh’s lawsuit: Mayes on Wednesday similarly criticized its dearth of evidence.

Hamadeh: There is evidence, I just don’t have it yet

“The law recognizes that there is information asymmetry between the government and any contestant and that additional fact finding may be necessary to correct this imbalance,” he wrote.

The argument that there are insufficient votes in question to change the outcome of the race is also false, according to La Sota. Coupled with the 395 voters who Hamadeh alleges were disenfranchised in Maricopa County and the as-yet undetermined numbers whose ballots were mis-adjudicated or duplicated, there are at least 1,942 ballots left to account for, La Sota claimed. That is the number of total provisional ballots that were rejected in Maricopa County due to invalid voter registrations. Collectively, La Sota said, all of those ballots are enough to potentially flip the race.

It isn’t necessary to offer specific vote counts either, La Sota added: Simply showing some possibility for erroneously counted votes exists is all that is required. Determining specifics is what a trial is for, he said.

“Perhaps these ballots will…produce a victory for Mr. Hamadeh; perhaps not. But because there is at least some set of facts of susceptible proof under which Mr. Hamadeh would prevail (the claims) are valid,” La Sota wrote.

And La Sota dismissed the idea that the court doesn’t have the power to allow for new votes to be cast to replace thwarted ones, or rule that illegal votes should be discounted. The court’s decision to reaffirm or nullify the election, La Sota reasoned, is intrinsically tied to the final tally.

“After all, how is the court to know whether to affirm or set aside an election result unless and until the contested ballots…have been properly tabulated?” he asked.