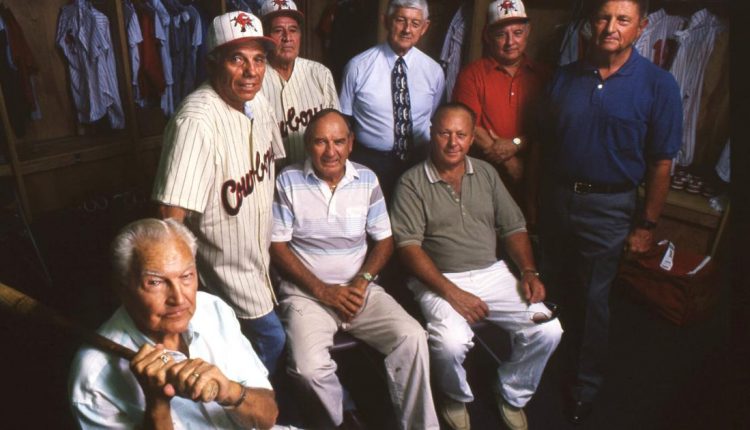 CB Richards, a Tucson baseball fan who made a fortune by developing the Winterhaven subdivision and creating the annual “Festival of Lights” Christmas celebration, bought the struggling Class A Tucson Cowboys baseball franchise in 1951.

One of the lead stockholders Richards recruited to help rescue Tucson’s financially-challenged baseball enterprise was Howard A. Bring, a long-time Tucson undertaker.

It wasn’t long until Bring looked to be a perfect fit for the Cowboys: The franchise went 68-75 and 61-78 and didn’t average more than 978 fans per game. Tucson’s minor-league club was so hapless that it finished below the Mexicali Eagles, Bisbee-Douglas Copper-Kings and the Juarez Indians in the Arizona-Texas League.

Richards said he lost $36,000 in his baseball venture and sought a buyer. Money was so tight that the Cowboys couldn’t afford to rent a bus for road trips. They instead used three station wagons to travel to 70 road games, El Paso to Mexicali and beyond.

And then, out of nowhere, the Cowboys won the 1953 Arizona-Texas League by 13 games, finishing 90-49, the best record in all of minor-league baseball that season.

Tucsonans bought in. On the night of the final home game of the season, Sept. 7, 1953, mayor Fred Emery showed up at Hi Corbett Field in time to see the Cowboys arrive behind a police motorcade. The Tucson Boys Chorus sang the national anthem. Brig. Gen. John Hardy of Davis-Monthan Air Force Base saluted as the DMAFC color guard raised the American flag.

A 28-page souvenir program sold out as a crowd of 3,500 pushed into Hi Corbett Field, raising the average game attendance to 1,326, a record since Tucson began playing minor-league baseball in 1928.

Richards, the franchise owner, later claimed he somehow lost close to $12,000 during the championship season and placed the team for sale. But the magic created by the ’53 Cowboys would live on, finances be damned.

How did this happen so unexpectedly? Second-year player-manager Don Jameson acquired three game-changing players for virtually nothing.

In the offseason of 1952-53, Jameson, a career minor-league catcher from Ohio who had bounced around for 12 years, signed standout shortstop Joe Joshua, the team’s only Black player, from the rival Phoenix Senators.

In a bit of serendipity, the Cowboys were able to sign center fielder Lloyd Jenney, probably the best UA baseball player in history to that point. Jenney set the still-standing Arizona batting average record, .482, a year earlier. He signed a $22,000 bonus with the Chicago White Sox — an unusually large sum in the early 1950s — but seriously injured his arm while playing for Class A Waterloo.

The White Sox gave up on Jenney. He returned to Tucson, hit 24 home runs and batted .367 as the Cowboys’ cleanup hitter.

As profitable as the acquisitions of Joshua and Jenney were, the Cowboys struck baseball gold by signing Scottsdale High School pitcher Corky Reddell, who had not been signed by any professional team. Reddell went 29-5. He was almost unhittable.


The son of a Scottsdale rancher, Reddell’s baseball career had been delayed by a military service commitment. He turned so many heads that when Phoenix staged its annual 1953 Arizona Athlete of the Year ceremony, Reddell won the award over PGA Tour golfer Johnny Bulla, Indianapolis 500 racer Jim Bryan, big-league pitcher Alex Kellner and Gib Dawson, an All-American running back for the Texas Longhorns.

But much like the ’53 Cowboys, the careers of Joshua, Jenney and Reddell couldn’t repeat. When Tucson said to 64-76 a year later, Richards sold the team, Reddell won just 11 games after injuring his pitching arm. Joshua signed with the PCL’s Seattle Rainers and hit just .195, ending his days as a top prospect.

Jenney also signed with Seattle but hit .231. He was out of baseball in 1958, the year the Cowboys folded. Tucson did not field another professional baseball team until 1969, when the PCL’s Tucson Toros debuted.

Jameson retired from baseball after the ’57 season; he later opened Jameson Sporting Goods in Tucson, one of the city’s leading sports shops for about 25 years.