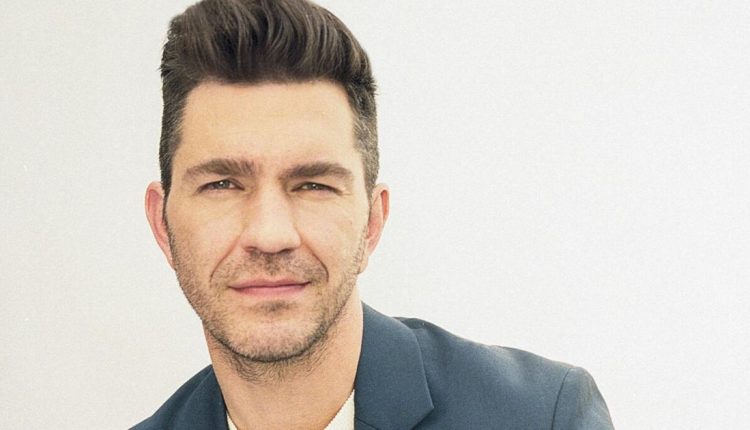 The result was his “The Art of Joy Tour,” which he launched with a handful of dates in February, resumed in June and will finish with a show at Fox Tucson Theater on Sunday, Aug. 28.

The tour and an album that will be released late this year or early next is “a product of being kind of depressed I’d say,” he confessed during a phone interview from his California home in late July.

“The two years I went through COVID really rocked me hard. It was like a long break that kinda made me look back on myself,” he said. “The Art of Joy Tour, I was looking into how to be more joyful and my favorite quote was, ‘Joy in life is not based on circumstance.’ That means it’s gotta come from you.”

This revelation and some self-reflection, along with therapy via Zoom, led the father of two — his youngest daughter was born at home weeks into the pandemic’s start in March 2020 — to pen a handful of songs that helped lift him out of his doldrums . And like so much of the music of Grammer’s nearly decade-year recording career, his new songs — “Damn It Feels Good to Be Me,” “Love Myself,” “Joy” and “Lease on Life” — put an optimistic spin on our collective pain.

“I think that a lot of optimism, in the way that I understand it, is usually grounded in pain,” he explained, recalling that his 2011 debut single “Keep Your Head Up” was his way of dealing with the death of his mother two years earlier.

“And I thought, ‘Keep your head up.’ That’s an optimism I can get down with,” he said. “There was like a rebelliousness to that, so I think there’s room for all of it.”

From that song on, Grammer has been seen by his fans as the king of optimism whose infectious songs — “Fine By Me,” “Honey I’m Good, “Good To Be Alive (Hallelujah)” and his latest single off the “ Joy” project, “Saved My Life” — could lift their darkest spirits.

“And that’s why I wrote a lot of these songs. I was expecting that I would be the guy, that this is my moment. I’m the happy guy. I got this,” he said, until he realized he needed to find his happy before he could spread the joy.

“I think that’s one of the reasons that I’ve jumped into the mental health stuff because I think it can be helpful to hear that someone you perceived as the happy guy was pretty depressed,” he said.

Therapy helped lift his spirits, but nothing worked better than getting back on stage in front of a live audience, Grammer said.

“The crowds missed it just like I missed it, so there was an added excitement and intensity that I loved,” he said, “When it’s done right, I think the songs, whether you hear them over the radio or live, are like spiritual chiropractors and you leave feeling you got adjusted in a way that you didn’t know you needed it. … Music has a way of taking you out of yourself, and that’s really important, especially live music.”