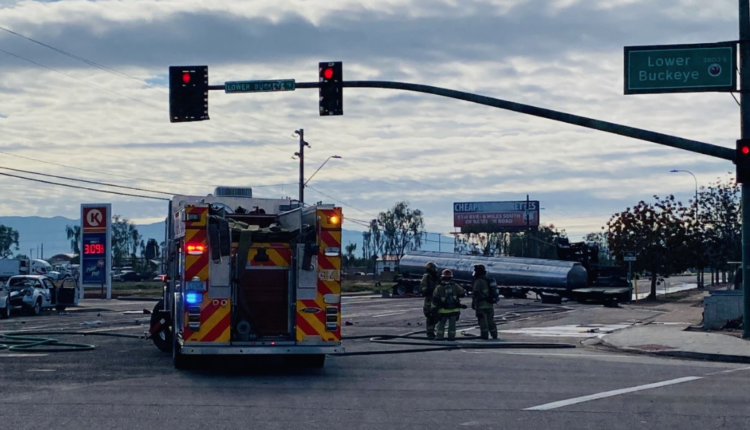 PHOENIX — Authorities are on the scene of a traffic accident involving a passenger vehicle and a semi-truck carrying 9,000 gallons of unleaded fuel.

The collision, which happened near 51st Avenue and Lower Buckeye Road on Saturday, created nearly a two-foot gash in the semi-truck’s tank, which resulted in a significant fuel leak onto 51st Avenue, the Phoenix Fire Department said in a press release.

Hazardous material teams are working to divert the leak from reaching storm drains. They’ve brought in 13 tons of sand to block the leaking fuel.

The driver of the passenger vehicle, an adult male, was transported to a local hospital. He is in extremely critical condition.

A clean-up process has begun to ensure all hazardous materials are properly treated, contained and removed from the area. Crews will remain on scene until all hazards are mitigated.

Traffic restrictions are in place in the area.