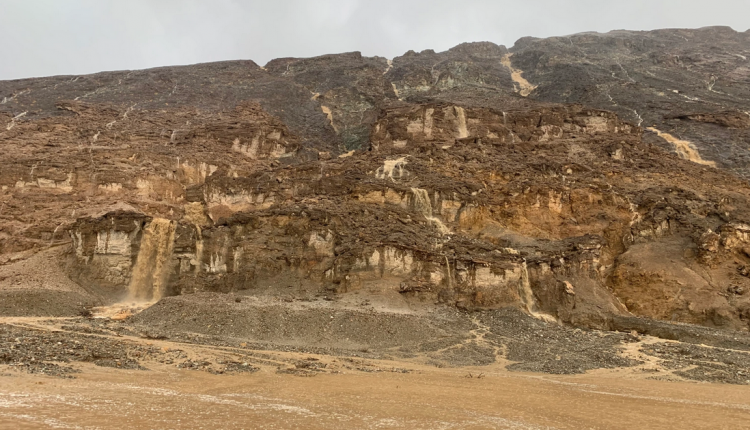 The pic. above shows very rare waterfalls and flooding in Death Valley, California. This is the 2nd heavy rain episode they have had this summer. (National Park photo).

This time the heavy rain and flooding is from moisture from Tropical Storm Kay. The rain closed roads and did heavy damage in Death Valley National Park on Saturday, the National Park Service said.

In a news release, the service said California Highway 190 (CA-190) is closed from the CA-136 junction to Stovepipe Wells Village. Badwater Road is completely closed, and several other park roads remain closed from floods five weeks ago.

The flooding across Badwater Road was concentrated from Natural Bridge to Badwater Basin, mileposts 10 to 16, the release said.

About 40 vehicles were blocked by active flooding on CA-190 west of Towne Pass on Saturday, the park service said.

At the same time, a tour bus got stuck in soft sand while trying to turn around. The bus blocked both lanes of CA-190 for about an hour, east of Stovepipe Wells. Most vehicles were able to get around the bus on the shoulder, but a semi truck and an RV had to wait, the release said.

CA-190 has at least once section of missing pavement across both lanes on the west side of Towne Pass. There was no immediate word on when the road segment will reopen. More flood reports. Bishop CA had a daily rainfall record of 0.71” That’s nearly double the previous record rainfall for the date. 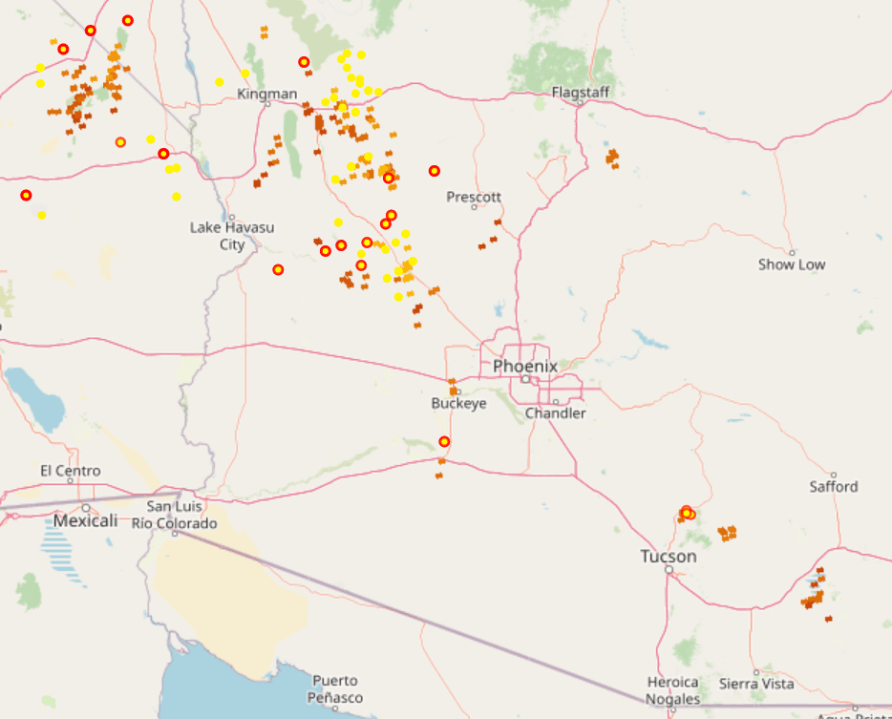 Here’s a map showing lightning strikes in AZ, (most of any state right now) NV and CA. At the height of Sunday’s outages, more than 42,000 customers were without power in AZ.

Forecast Rainfall over the next week from the Weather Prediction Center

Here’s forecast rainfall for the US over the next 7 days. Heavy rain will fall across Florida, with substantial rain around Lake Superior. Significant rains are likely to continue in the higher elevations of the western US Only light rainfall totals are expected in S. Lower MI.

Did the US Jump the Gun With the New Omicron-Targeted Vaccines?