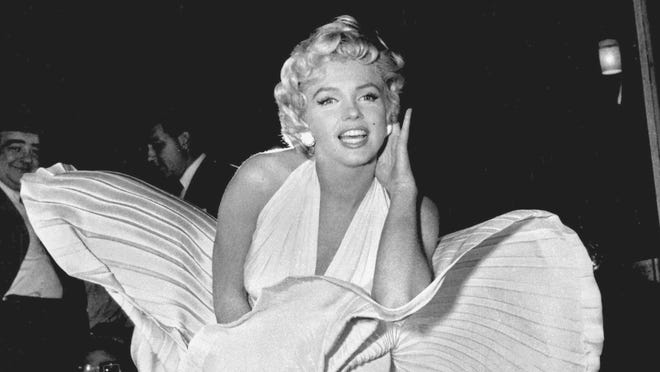 Here are the favorite hotels by celebrities in Phoenix, Scottsdale

Since Hollywood’s Golden Age, Phoenix has been a haven for celebrities looking to leave Southern California temporarily.

The Valley’s hotels and resorts served Marilyn Monroe and Clark Gable long before stars like Britney Spears, Beyoncé and Drake arrived decades later. Presidents also need somewhere to stay while they’re in town, and one historic hotel has proven to be a favorite serving 13 of them.

From the Arizona Biltmore to the Sanctuary Camelback Mountain Resort and Spa, here are four resorts and hotels that have been favored by celebrities in and around Phoenix.

The Arizona Biltmore has been a pride of the Valley’s residents since 1929. Really: The landmark, inspired by the architectural style of Frank Lloyd Wright, was chosen as one of 31 official Points of Pride in Phoenix.

Among the guests at the Arizona Biltmore for almost the last century are 13 US presidents, from Herbert Hoover to George W. Bush. Several of them also used the golf course there.

Ronald and Nancy Reagan, as well as Clark Gable and Carole Lombard are some of the big names who have honeymooned at the resort. Actor Jimmy Stewart and his wife Gloria Hatrick McLean had a Thanksgiving tradition of attending the Biltmore.

Other celebrities who are said to have stayed include Gracie Allen, Frank Sinatra, Fred Astaire, Bob Hope, and Ava Gardner. Marilyn Monroe liked the Art Deco style Catalina pool. Irving Berlin was also a fan: Inspired by the Arizona sun, he wrote several melodies, including “White Christmas” by the pool.

“I practically opened the Arizona Biltmore Hotel – I was here even before they officially opened,” he told The Arizona Republic in November 1937.

The Valley Ho Hotel in Scottsdale was “a true Hollywood hideaway in its heyday” by the mid-century, according to the hotel’s website, and helped promote Scottsdale as a tourist destination. This is probably due in no small part to the fact that the Scottsdale hotel was the first central air-conditioning venue to allow it to stay open year-round.

Actors Natalie Wood and Robert Wagner held their wedding reception – their first of the couple’s two marriages – at the hotel in December 1957. The Valley Ho was also home to Tony Curtis and Janet Leigh, Bing Crosby and Zsa Zsa Gabor.

Hotel Valley Ho at 65:How sticking to its mid-century roots has propelled it into the future

In 2008, pop culture icons Beyoncé and Jay-Z reportedly flew to Arizona for their honeymoon after an unpublished wedding ceremony in New York. Your goal? The Sanctuary Camelback Mountain Resort and Spa in Paradise Valley. (They also seemed to have honeymooned in the Maldives.)

Singer Britney Spears has been to the Sanctuary several times, and actors Jennifer Aniston and Vince Vaughn spent Thanksgiving weekend there in 2005 while they were together.

Back when it was the renowned Paradise Valley Racquet Club, Dean Martin was one of the stars to be seen on the north slope of Camelback Mountain in the 1950s. Elton John and Billie Jean King were among the big names to play at the resort in the 1970s after it was renamed John Gardiner’s Tennis Ranch.

Elton John is said to have had a piano brought to Center Court during a visit and performed “Saturday Night’s Alright for Fighting”.

Another destination with a pool reportedly preferred by Marilyn Monroe is in downtown Phoenix. The high-rise San Carlos Hotel opened in March 1928 and was marketed as a fire and earthquake-proof building.

If you want to learn more about some of his famous guests, find their names – Jean Harlow, Marilyn Monroe, Mae West – and autographs engraved in gold stars on the pavement outside the hotel on Central Avenue and Monroe Street. Suite 326, which is located near the pool, is named after Monroe.

The nearly one hundred year old hotel is on the National Register of Historic Places.

The Most Notable Ghost of Phoenix:The true story of the “woman in white” of the Hotel San Carlos

Firefighters on Front Lines, No Strangers to Risk, Push Back Against Covid Vaccine Mandates