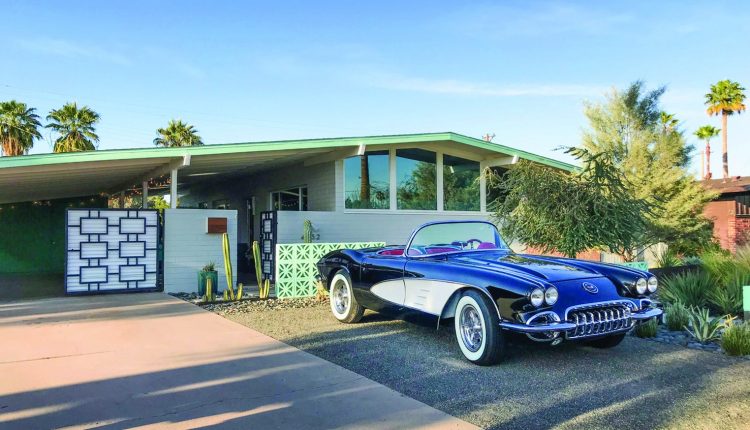 Modern Phoenix, the organization dedicated to celebrating and preserving Midcentury Modern design and architecture in the Valley, announced via a social media post on Jan. 23 that its annual Modern Phoenix Week, usually held in the spring takes place, will not take place.

Modern Phoenix co-founder Alison King wrote that they were taking a “break” at the festival, which has in the past included talks, workshops and the Marquee, a tour of some of the city’s finest mid-century homes.

“This insidious virus is racing towards another deadly peak, continuing to fill hospitals to capacity and impacting the lives of our students, friends and family,” she wrote.
⁣

“As a small family business with deep roots in the Phoenix community, we cannot in good conscience resume tourism of small, private, owner-occupied homes this season. They are our people, not just patrons.⁣ “

She went on to write, “We will return to public education and tourism once the risk of unnecessary gatherings does not outweigh the reward.”

Scheduled for the second week of March, Modern Phoenix Week 2020 was canceled just short of its start date when everything in the city (and country) shut down due to the threat of COVID-19. There was no talk of an event in 2021.

For more information about Modern Phoenix’s work and mission, visit its website.
⁣

How to write an “About Me” page in your online portfolio